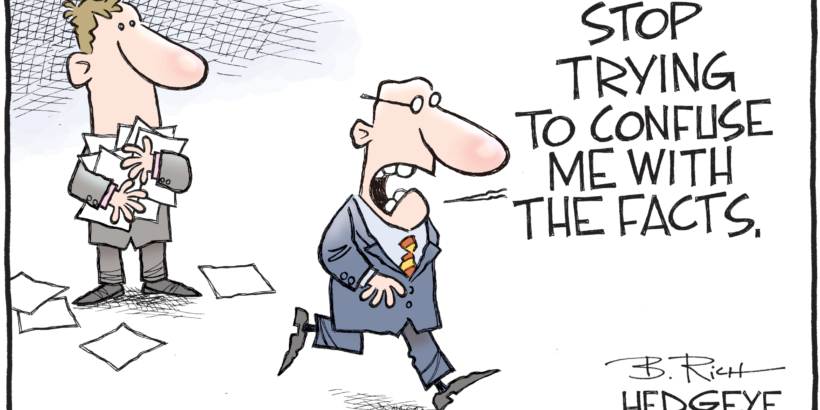 Just Who ARE These Social Media “Fact Checkers”?

Does Mr. Zuckerberg Have a Pack of Foxes, Guarding the Hen House? 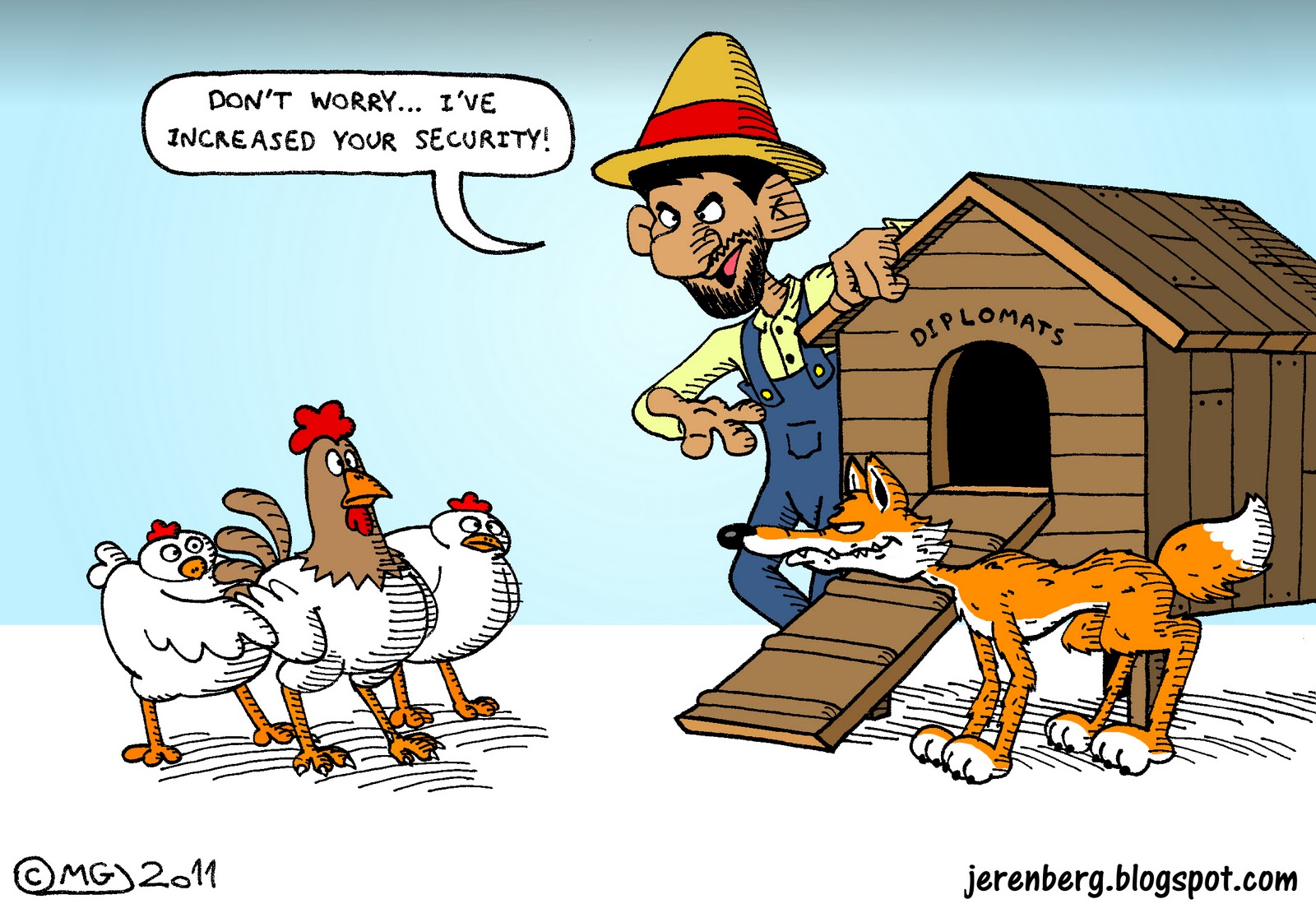 While social media giant Facebook portrays its fact-checking feature as neutral and independent, the personnel, funding streams, and credentialing mechanism behind the participating organizations indicates otherwise.

Facebook launched the fact-checking feature shortly after Donald Trump won the presidential election in 2016. It says it has since partnered with more than 50 fact-checking organizations around the world. Only a handful of them, however, appear to be focused on American content.

Facebook didn’t respond to a request for further information, such as its full list of fact-checkers and how much Facebook pays them for the service. Some of the fact-checkers have indicated they are getting paid by Facebook.

Posts flagged as false by the partners not only get furnished with a warning label and a link to the fact check, but are also throttled on the platform, meaning Facebook “significantly reduces the number of people who see it,” the company says on its website.

The fact checks have been a matter of controversy. In 2019, Facebook throttled the page of anti-abortion group Live Action after two of its videos made a claim labeled “false” by one of the fact-checkers.

It later turned out the fact-checker relied on comments by two abortionists. In response, the American Association of Pro-Life Obstetricians and Gynecologists issued a letter saying the videos were justified in saying that “abortion is never medically necessary.”

Facebook recently positioned itself as a major and unprecedented influence in the lead-up to the 2020 presidential election after its CEO, Mark Zuckerberg, announced new election-related content rules, a $300 million donation to local election offices, and a drive to help 4 million people register and vote this year. Some experts have already started to raise alarm about Facebook’s influence on the election process.

Who Checks the Checkers?

Facebook fact-checkers need to be certified by the International Fact-Checking Network (IFCN). Facebook describes the organization as nonpartisan, but that doesn’t tell the whole story.

The IFCN was set up by Poynter, a journalism nonprofit, and in 2019, was almost entirely funded by eBay founder Pierre Omidyar—a major Democrat donor—as well as Google and progressive billionaire George Soros. Facebook is also listed as one of the previous donors.

Who gets certified and who doesn’t is decided by the IFCN’s seven-member advisory board made up of representatives of fact-checking organizations—one from Africa, one from Bosnia and Herzegovina, one from Spain, one from India, one from Latin America, and two from the United States.

The two Americans seem to be the only ones with experience covering U.S. political news. One is Glenn Kessler, former foreign policy reporter and now the head of the fact-checking feature at The Washington Post.Kessler and his team recently published a book called “Donald Trump and His Assault on Truth.”

The other American is Angie Drobnic Holan, editor-in-chief at PolitiFact, which is owned by Poynter.

IFCN Director Baybars Orsek assured The Epoch Times that board members recuse themselves from voting and deliberations on certifications for organizations they hold major positions in.

That would mean Kessler recuses himself for Washington Post’s certification and Holan from PolitiFact’s. They are, however, free to approve them for each other.

Since September 2018, PolitiFact has conducted more than 1,400 fact checks for Facebook with 84 percent giving the verdict of “false.”

Its largest financial sponsor is Omidyar’s Democracy Fund.Payments from Facebook made up more than 5 percent of its revenue in 2019, the company states on its website without specifying the sum.

Holan said the IFCN “has a lengthy application process where fact-checking organizations must provide specific evidence of meeting objective criteria” and that the applications are available on its website.

“PolitiFact has passed that process repeatedly,” she told The Epoch Times via email.

She characterized the other board members as “very knowledgeable about U.S. politics and fact-checking practices.”

Each IFCN application is reviewed by an “assessor” who gives the board a recommendation on whether to accept it. The requirements include some level of transparency about funding, personnel, and ownership as well as evidence that “the applicant does not unduly concentrate its fact-checking on any one side.”

Review of the applications reveals that virtually all American-based fact checkers have been assessed by three people: Michael Wagner, Margot Susca, and Steve Fox.

Fox, the least prolific with five assessments under his belt, is a former web editor at The Washington Post. Before that, he was a sports writer. Now, he teaches journalism at the University of Massachusetts Amherst. He didn’t immediately respond to a request for comment.

Susca, assistant professor of communications at American University, has done 14 assessments, including for the AP, The Washington Post, and Lead Stories.

Lead Stories was started in 2015 by Belgian tech whiz Maarten Schenk, CNN veteran Alan Duke, and two lawyers from Florida and Colorado. It listed operating expenses of less than $50,000 in 2017, but had expanded seven-fold by 2019, largely thanks to the more than $460,000 Facebook paid it for fact-checking services in 2018 and 2019. The company took on more than a dozen staffers, about half of them CNN alumni.

But Susca found it “fully compliant” in her 2019 assessment, saying that “some of its work could serve as models for other sites attempting to launch fact checking sites or to explain current fact checking work.”

She didn’t immediately respond to a request for comment.

Wagner, also at 14 assessments, is a professor of journalism at the University of Wisconsin–Madison.

In this year’s assessment of USA Today, Wagner noted “the site has almost exclusivley [sic] focused on checking Republican claims” and “the current imbalance does not comply with IFCN guidelines.” He still gave the fact checker a “partially compliant” rating on this point, saying that because Republicans are in charge, there are more opportunities to fact-check them, adding that the president has a “truly remarkable track record for saying things that are not true.”

Similarly, in his July assessment of The Washington Post, he said it “currently does more fact checks about the president than all others.”

When asked about his reasoning, he referred to Kessler’s tally on Trump’s “false and misleading statements,” counting more than 20,000 by now.

“When one person lies as often as President Trump does, concentrating on his claims is warranted, regardless of an imbalance in the number of fact-checks between Republicans and Democrats that might produce,” Wagner told The Epoch Times via email.

Yet other journalists have criticized Kessler’s tally for being misleading and partly false.

“Thousands of statements The Washington Post labels as untrue or misleading are more properly considered the habitual verbal excess for a man known for his immoderate form of communication,” commented Mark Hemingway, senior writer at RealClearInvestigations, in a recent op-ed.

“Further, a great many of the Post’s objections to Trump’s statements amount to argumentative quibbles that aren’t really ‘fact checks.’”

On Sept. 18, the IFCN announced a collaboration project of 10 fact-checkers and the two largest Spanish-language American broadcasters, Univision and Telemundo, “to fight mis/disinformation during a presidential campaign” and “expose the record 32 million Latino voters in the U.S. to accurate election-related information from Sept. 15, 2020 through Inauguration Day in 2021.”

The sponsor of the effort is WhatsApp, which is owned by Facebook.

Of the 10 fact-checkers, two are run by Poynter (PolitiFact and MediaWise). Only one is right-leaning—Check Your Fact.

Conservatives have been accusing Big Tech companies such as Facebook, Google, and Twitter of suppressing their voices. The companies have denied the accusations, claiming their systems are run to be politically neutral.

The closest any of the companies have come to acknowledging the issue was in 2019 when Sen. Josh Hawley (R-Mo.) said that behind closed doors Zuckerberg acknowledged that bias is “an issue we’ve struggled with for a long time.” Facebook didn’t deny or confirm the statement when contacted for comment at the time.

In addition, some contracted moderators were caught on hidden camera saying they were removing or not removing posts based on their own political preferences, regardless of what Facebook policies prescribed.

Correction: A previous version of this article incorrectly presented the name of Bosnia and Herzegovina. The Epoch Times regrets the error.
Follow Petr on Twitter: @petrsvab