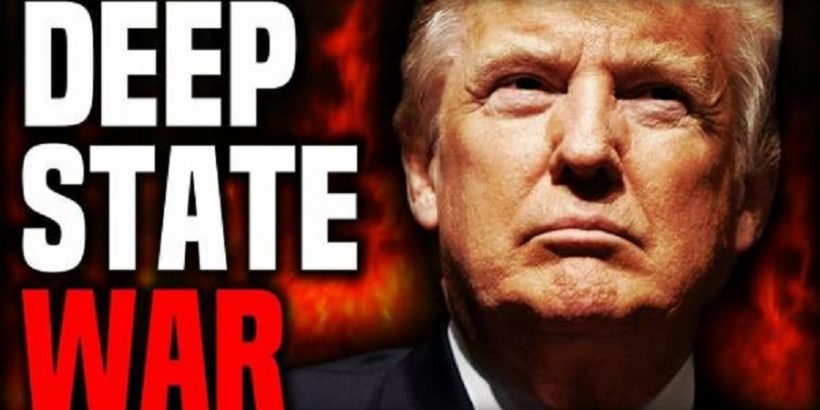 The IG’s Trump is looking to fire were appointed by Barack Obama or beforehand.

“President Trump wants his own people in those positions now.”

Breaking: Trump is firing 7 IGs in one fail swoop, sources confirm to @RealClearNews. Most likely will be the IGs that were appointed by Pres. Obama or beforehand. He wants his own people in those positions now. Trump during his briefing said he has “put in 7 names” for IGs.

Unclear whether the number will be 6 or 7 bc the 7 Trump mentioned cld include Brian Miller, senior White House associate counsel, as special inspector general for pandemic recovery at the Treasury Department. Trump appointed Miller to the special IG post last Friday.

Also — some of these are likely replacements for IGs who have been serving in only acting roles (not Senate confirmed )– but at least some of whom were first put in their position by Pres. Obama

Recently fired ICIG Michael Atkinson is part of the 7.

Trump is looking to fire the CIA IG and others at the Department of Education,

More info.: Trump changing a total of 7 IGs rt now — more changes may come later. Replacements include those for several IGs who were operating in acting positions, including Fine, and the CIA IG. Others were at Dept. of Ed. and Tennessee Valley Auth. Atkinson is part of 7

IG reports have been used as another vehicle to attack President Trump while simultaneously covering up real crimes committed by anti-Trump bureaucrats.

For example, at the Monday Coronavirus Task Force press conference the media were trying to hit Trump up with a new “report” that came out from an anonymous HHS Inspector General that there is not enough testing at US hospitals.

Trump pushed back at the presser to find out that this IG was just appointed in January – then he pushed for more info and her name is Christi Grimm and she was a big part of HHS under Obama and heavily involved with Obamacare.

Now we come to find that this Christi Grimm is apparently spearheading the new “get Trump” effort to “investigate” him over the coronavirus response.

She also sat on this report from the end of March until TODAY and released it to the media as if it was a new report. Furthermore it was a PHONE SURVEY OF 323 HOSPITALS IN 46 STATES.

Grimm is pushing bogus complaints that President Trump is responsible for the Coronavirus numbers in New York and Washington DC.

Fired ICIG Michael Atkinson was involved in spearheading the first impeachment against Trump and Grimm may be behind impeachment 2.0!

At best, IG reports are both exposés and cover-ups at the same time. The typical IG is a vehicle for anti-conservative and anti-reform Deep Staters to target enemies. @RealDonaldTrump is right to clean house. https://twitter.com/susancrabtree/status/1247657858033844224 …

Breaking: Trump is firing 7 IGs in one fail swoop, sources confirm to @RealClearNews. Most likely will be the IGs that were appointed by Pres. Obama or beforehand. He wants his own people in those positions now. Trump during his briefing said he has “put in 7 names” for IGs.