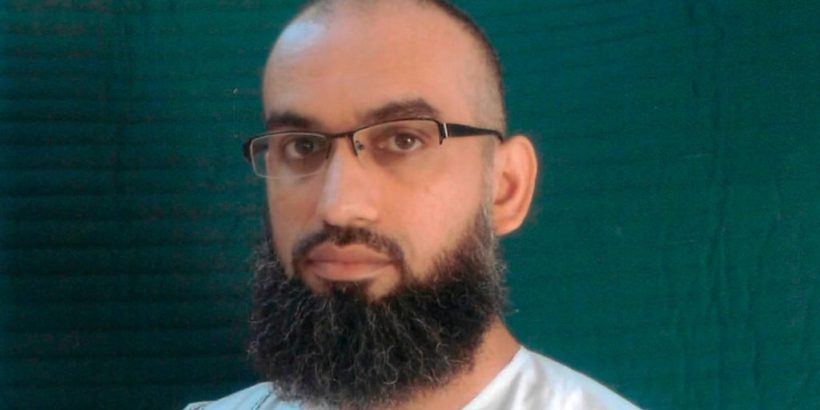 Ammar al-Baluchi, who is accused of conspiring the Sept. 11 attacks, was secretly recorded at Guantánamo Bay, according to transcripts presented by prosecutors.

In a hearing at Guantánamo Bay, an F.B.I. agent read out transcripts of jailhouse conversations between one defendant and another prisoner.

GUANTÁNAMO BAY, Cuba — One of the accused conspirators in the Sept. 11, 2001, attacks was secretly recorded at Guantánamo admitting he funneled most of the funds that financed the hijackers who killed nearly 3,000 people 18 years ago, according to transcripts presented by prosecutors in a pretrial hearing on Tuesday.

The transcripts also portrayed the defendant, Ammar al-Baluchi, reading aloud a draft confession in a prison recreation yard on Nov. 25, 2008, describing it to another detainee as a statement he was working on with another man accused of conspiring in the attacks, Ramzi bin al-Shibh.

“If you consider my work and jihad against you on the 11th of September,” Mr. al-Baluchi is quoted as reading to the other prisoner, “to be terrorism or a crime, then I, with much pride, honor and dignity, announce it to all people that I am a terrorist and a first-class criminal.”

Mr. al-Baluchi then interjected, according to the transcript, that “Ubaydah,” Mr. bin al-Shibh’s nickname, “wrote this for me. I don’t know where he got this ‘first class.’”

Mr. al-Baluchi is a nephew of the accused plot mastermind, Khalid Shaikh Mohammed. They are among five men, including Mr. bin al-Shibh, who are scheduled to go to trial by military commission on Jan. 11, 2021, in the death penalty case.

The contents of the secret recordings emerged in a pretrial hearing ordered by the judge, Col. W. Shane Cohen, who is deciding whether to let prosecutors admit a F.B.I. account of Mr. al-Baluchi’s confessions at Guantánamo in January 2007, known as his “clean team statement.”

His lawyer, James G. Connell III, has argued that Mr. al-Baluchi did not know in advance about the Sept. 11 attacks, and so did not know how the money he transferred would be used. He has asked the judge to exclude his Guantánamo statements as tainted by Mr. al-Baluchi’s years of incommunicado detention and torture in the C.I.A.’s secret interrogation program.

Mr. Connell has said Mr. al-Baluchi was so abused between his capture in Pakistan in April 2003 and transfer to Guantánamo in September 2006 that he told F.B.I. agents involuntary, programmed responses drilled into him by his C.I.A. interrogators.

To rebut Mr. Connell’s assertions, James M. Fitzgerald, a special agent with the F.B.I., testified Monday that after he and Mr. al-Baluchi discussed the difference between the C.I.A. and the F.B.I., Mr. al-Baluchi voluntarily took part in an interrogation that lasted 30 hours across four days.

The agent described Mr. al-Baluchi as clearheaded, cooperative and rational as the two men examined dozens of documents related to a series of transfers of $119,500 to the hijackers in the United States. Mr. Fitzgerald said Mr. al-Baluchi agreed that he had sent the money.

The interrogation was so collaborative, Mr. Fitzgerald testified, that the F.B.I. brought Mr. al-Baluchi burgers, fries and an apple pie from the base McDonald’s to the interrogation site, Camp Echo II, which until 2004 was a C.I.A. black site.

On Tuesday, Mr. Fitzgerald read selections of conversations between the prisoners from English-language transcripts. The point was to show that Mr. al-Baluchi, when chatting with fellow inmates between 2007 and 2010, corroborated admissions he made to the agents.

Tuesday’s disclosures marked the first time that the contents of some of those conversations were disclosed publicly.

On Monday, Mr. Fitzgerald quoted Mr. al-Baluchi as admitting to sending a series of money transfers from Dubai, where he was working in an electronics business, to two of the hijackers, Marwan al-Shehhi and Mohamed Atta, in California, Florida and New York.

In a prison recreation yard in 2009, according to the transcript shown in court, Mr. al-Baluchi had an exchange with a fellow former C.I.A. black site prisoner, Abu Faraj al Libi.

“According to what Abd al-Hadi said, there is no evidence against you,” Mr. Libi said, according to the transcript.

Mr. al-Baluchi replied: “Three-quarters of the money for the operation was sent through me, for example. You understand?”

The way that prison worked at the time, the former C.I.A. prisoners who had spent years unable to speak with or see other prisoners were given recreation time in pairs. They were confined to separate enclosures, meaning the prisoners could shout back and forth but not see one another.

Mr. Connell, Mr. al-Baluchi’s capital defense lawyer, said after court Tuesday that those statements — he would not confirm the existence of recordings — were also the fruits of torture and were, moreover, protected by an attorney privilege because during that period Mr. al-Baluchi was acting as his own lawyer.

In the apparent draft confession referred to in the transcript, Mr. al-Baluchi said in 2008 that he intended to go to the United States the week before the Sept. 11 attacks but could not get a visa. That comment appeared to corroborate a presentation Mr. Fitzgerald had made in court a day earlier, showing a visa application Mr. al-Baluchi submitted to visit the United States for one week, starting Sept. 4, 2001.

Instead, he left the United Arab Emirates on Sept. 10, 2001, then joined Mr. Mohammed and Mr. bin al-Shibh, in Karachi, Pakistan, where they watched the attacks unfold on television.

A version of this article appears in print on Sept. 18, 2019, Section A, Page 15 of the New York edition with the headline: Prisoner Talks Of 9/11 Attack On Secret Tape.
C-VINE Investigative Citizen Journalist Leonard Bacani has conducted fact checking, and has certified the contents are accurate.