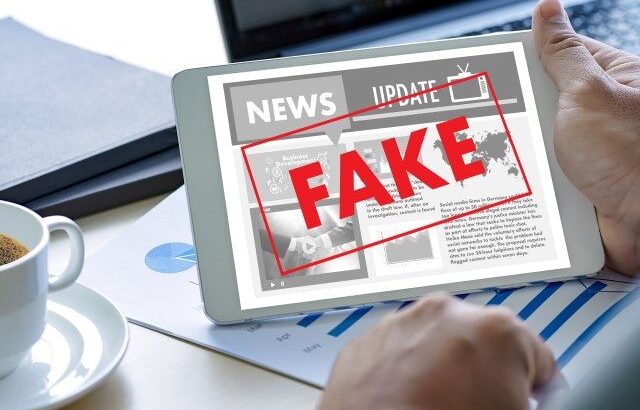 Approximately 51 sites have emerged since 2021 with names such as the Milwaukee Metro Times, the Mecklenburg Herald, and the Tri-City Record, according to an Axios article published Thursday.

The sites are reportedly all managed by a company called Local Report, Inc., and all appear to be connected to the American Independent (TAI), which was “launched by Democratic operative and fundraiser David Brock — also known for founding the left-leaning media watchdog Media Matters for America,” per Axios.

The outlet noted that several TAI writers have reportedly contributed to the sites.

TAI President  Matt Fuehrmeyer formerly worked as a senior aide with the Democrat Congressional Campaign Committee and with the late Harry Reid, who was Senate Majority Leader from 2007 to 2015.

In addition, Jessica McCreight is the Vice President and executive editor of the TAI. She worked in communications in the White House during Barack Obama’s presidency, the Daily Caller reported.

According to McCreight, the relationship between TAI and Local Report is a “co-publishing agreement.”

In July 2020, CourierNewsroom.com, a “news outlet” created and funded by Acronym, a Democrat-aligned nonprofit, spent millions to flood Facebook with ads prior to the 2020 election, but reportedly did not share information about its political donors.

CourierNewsroom.com shelled out over $1 million on social media ads to promote House Democrats.

Breitbart News reported in March 2020 that “Acronym owns the technology firm Shadow, Inc., which was responsible for developing the infamous app used in the chaotic Iowa caucuses.”

Acronym is funded by the “liberal dark money group” New Venture Fund, which is “part of a larger group called Arabella Advisors, which provides philanthropic guidance and manages four nonprofits,” according to the nonpartisan ethics watchdog group Americans for Public Trust. Those also include the Sixteen Thirty Fund, Windward Fund, and Hopewell Fund.

The financial web, however, goes far beyond those connections. The political group American Bridge, which was founded by David Brock — a close ally of the Clintons and founder of Media Matters for America — is also involved in the overarching efforts to spread misinformation on President Trump’s response to the coronavirus and further politicize the crisis.

Per the Axios article, Local Report stories offer news coverage their political allies may use for their own purposes.

“Local Report stories have popped up in communications from the Democratic Parties of Georgia and Michigan, the Democratic Senatorial Campaign Committee, Michigan’s Democratic secretary of state and independent political groups such as Color of Change and the Democratic Coalition,” the outlet said.