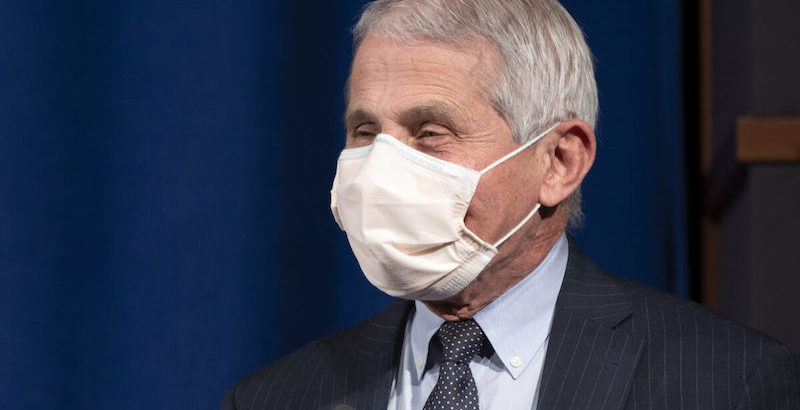 A new report by Open the Books reveals that Dr. Anthony Fauci’s net worth nearly doubled during the COVID pandemic.

Facui’s wealth soared by $5 million during the pandemic as he shut down and bankrupted businesses across the country.

Up to 200,000 extra small businesses closed their doors during the pandemic. That was on top of the 600,000 businesses that close in a given year.

Maybe this explains what Dr. Fauci would not answer Senator Rand Paul’s questions on how top doctors were being compensated by the vaccine companies.

Maybe this explains why Fauci was so insistent on promoting the failed experimental vaccines?

Via Open the Books.

WASHINGTON – Government spending watchdog OpenTheBooks.com has released an analysis of Dr. Anthony Fauci’s 2021 financial disclosure form after receiving it from the National Institutes of Health (NIH) on Wednesday.

The nonprofit’s team of auditors found much of their previous forecasting to be confirmed and that the Fauci household’s wealth had soared to over $12.6 million. During FY20 and FY21, the height of the pandemic, Fauci’s household net worth rose by $5 million.

Also confirmed is that Fauci has continued earning more than the President of the United States. In 2021, he received $456,000 in compensation. He’s already told the Washington Post that the number is ballooning to $480,000 for 2022.

OpenTheBooks.com has persistently fought for transparency around NIH’s finances and whether it impacts their public health decisions, as well as for the compensation of Dr. Fauci and his wife Christine Grady. Grady is Chief of NIH Clinical Center’s Department of Bioethics. While he out-earns the President, she out-earns the Vice President of the United States. Grady collected $238,970 in 2021 and has earned over $1.6 million since 2015.

OpenTheBooks.com Founder and CEO Adam Andrzejewski is available for bookings and comments on the latest findings.

The watchdog’s years-long effort includes four lawsuits with the Department of Health and Human Services over its lack of transparency.

The organization’s investigation into private royalties paid to NIH and its scientists has sparked interest from a group of senators led by Senator Rand Paul (R-Ky.), who has vowed to continue investigating after Fauci’s retirement. He and four more senators on the Homeland Security and Government Affairs Committee have written NIH demanding answers. The findings also led Rep. John Moolenaar (R-Mich.) to question NIH acting director Lawrence Tabak directly in a public hearing.

OpenTheBooks.com reported Dr. Fauci’s 2021 salary in Forbes Magazine, which precipitated his questioning by Sen. Roger Marshall (R-Ks.) about why the information isn’t easily available to the public. The tense exchange ended with Fauci audibly referring to Marshall as a “moron.”