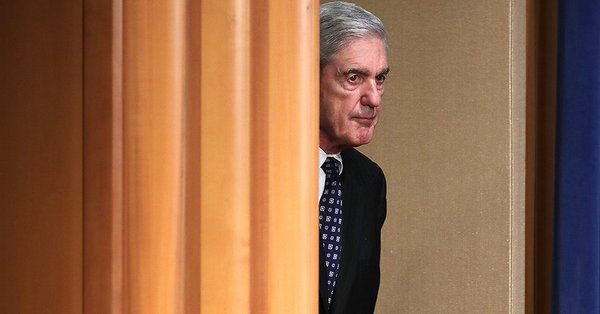 While most of the political world focused its attention elsewhere, special prosecutor John Durham’s team quietly reached out this summer to a lawyer representing European academic Joseph Mifsud, one of the earliest and most mysterious figures in the now closed Russia-collusion case.

An investigator told Swiss attorney Stephan Roh that Durham’s team wanted to interview Mifsud, or at the very least review a recorded deposition the professor gave in summer 2018 about his role in the drama involving Donald Trump, Russia and the 2016 election.

The contact, confirmed by multiple sources and contemporaneous email, sent an unmistakable message: Durham, the U.S. attorney handpicked by Attorney General William Barr to determine whether the FBI committed abuses during the Russia investigation, is taking a second look at one of the noteworthy figures and the conclusions of former special counsel Robert Mueller’s final report.

The evidence I reviewed suggests Mueller’s handiwork may be exposed for glaring omissions that, when brought to public light, leave key questions unanswered, especially about how the FBI’s unprecedented probe of the Trump campaign started.

Durham is focused on determining whether any government or private figures who came in contact with the Trump campaign in 2016 “were engaged in improper surveillance,” a U.S. official told me when asked about the Mifsud overture.

For those who don’t remember, Mifsud is a Maltese-born academic with a VIP Rolodex who frequented Rome and London for years and engaged at the highest levels of Western diplomatic and intelligence circles.

Mueller’s team alleges that Mifsud is the person who fed a story in spring 2016 to Trump campaign adviser George Papadopoulos about Moscow possessing purloined emails from former Secretary of State Hillary Clinton. It was the earliest known contact in the now-debunked collusion narrative and the seminal event that the FBI says prompted it on July 31, 2016, to open its probe into the Trump campaign.

Mueller concluded that Mifsud was a person with extensive Russia ties who planted the story about the Clinton emails in Moscow and then lied about his dealings with Papadopoulos when interviewed by the FBI in 2017. Papadopoulos has pleaded guilty to lying to the FBI about his contacts with Mifsud.

But unlike others accused of misleading Mueller — including Papadopoulos, former Trump adviser Michael Flynn and former Trump campaign chairman Paul Manafort — Mifsud was not charged with a crime.

Roh told me the information he is preparing to share with Durham’s team from his client will accentuate those concerns.

Mifsud was a “longtime cooperator of western intel” who was asked specifically by his contacts at Link University in Rome and the London Center of International Law Practice (LCILP) — two academic groups with ties to Western diplomacy and intelligence — to meet with Papadopoulos at a dinner in Rome in mid-March 2016, Roh told me.

A May 2019 letter from Nunes to U.S. intelligence officials corroborates some of Roh’s account, revealing photos showing that the FBI conducted training at Link in fall 2016 and that Mifsud and other Link officials met regularly with world leaders, including Boris Johnson, elected today as Britain’s new prime minister.

A few days after the March dinner, Roh added, Mifsud received instructions from Link superiors to “put Papadopoulos in contact with Russians,” including a think tank figure named Ivan Timofeev and a woman he was instructed to identify to Papadopoulos as Vladimir Putin’s niece.

Mifsud knew the woman was not the Russian president’s niece but, rather, a student who was involved with both the Link and LCILP campuses, and the professor believed there was an effort underway to determine whether Papadopoulos was an “agent provocateur” seeking foreign contacts, Roh said.

The evidence, he told me, “clearly indicates that this was not only a surveillance op but a more sophisticated intel operation” in which Mifsud became involved.

Roh has defended Mifsud in the media against various allegations, steadfastly denying Mueller’s claim that his client ever told Papadopoulos about Clinton emails in Russia. Roh wrote a book last year that first floated the idea of Mifsud as a Western intelligence op.

If the FBI’s and Mueller’s portrayals are correct, Mifsud’s current story could be simply a Russian disinformation campaign or an exaggeration by a lawyer who seeks media attention and book promotion. Thus, everything Mifsud says must be given careful scrutiny.

But a close examination of the Mueller report identifies significant gaps and omissions, and occasional inaccuracies, that pose troubling questions.

For example, the report never mentions the FBI’s ties to Link. If the bureau feared Mifsud had unsavory ties to Russia, why would it provide training to his academic group?

Likewise, the Mueller report portrays Papadopoulos as the instigator who initiated contact with Mifsud and his Russian contacts. “Campaign foreign policy adviser George Papadopoulos made early contact with Joseph Mifsud, a London-based professor who had connections to Russia and traveled to Moscow in April 2016,” the report said.

In fact, the contemporaneous evidence shows Mifsud was directed to seek out Papadopoulos at the March 14, 2016, dinner arranged by the LCILP and Link. Papadopoulos didn’t know who Mifsud was when he arrived for the dinner.

A month later, in mid-April 2016, Mifsud initiated introductions to Russian figures, including an email chain with Timofeev.

“Dear George, Ivan: As promised I had a long conversation today in Moscow with my dear friend Ivan from RIAC,” Mifsud wrote in an April 16, 2016, email to Papadopoulos that I authenticated with U.S. officials. “Ivan is ready to meet with you in London (or USA or Moscow).”

Roh said the idea for introducing the Trump adviser to Russians did not come from Papadopoulos or Russia but from Mifsud’s contacts at Link and LCILP. Likewise, Papadopoulos told me he didn’t initially ask to be introduced to Russians, though he eventually engaged in Mifsud’s offer.

To back his story, Roh provided me a page from Mifsud’s 2018 deposition — the one he plans to provide Durham’s team — in which the professor suggested the woman he introduced in April 2016 to Papadopoulos as Putin’s niece was a setup taken from his campus.

“Are you joking?” the deposition quotes Mifsud when Roh asked about Putin’s niece. “The question is not Putin’s niece, in any way or form. She is a student who had just finished the, an MBA program and was like many others, given the possibility of being a stagiaire,” a European term for “trainee” or “apprentice.”

One other Mifsud portrayal in the Mueller report and in court filings has raised eyebrows in intelligence and congressional circles. Mueller portrayed the FBI as being victimized during the Russia probe because Papadopoulos originally lied about Mifsud tipping him to the Clinton emails — and that somehow impeded the Mueller team from adequately questioning the professor in February 2017.

But new documents I obtained show Mifsud was anything but elusive and easily could have been interviewed, before and after Papadopoulos pleaded guilty to lying.

Mifsud was in Europe in summer 2018 for his deposition, routinely corresponded and met with European political and diplomatic officials for much of 2017, and even was interviewed by media outlets during the Mueller probe, according to email correspondence I reviewed. He also exchanged emails directly with FBI agents.

Multiple American officials confirm — as do contemporaneous emails — that Mifsud was in Washington in December 2016 at the height of the FBI’s Russia probe for a meeting with a State Department-backed group, Global Ties USA.

Mifsud’s contacts that month with senior executives of the group never were revealed to congressional intelligence investigators or mentioned in the Mueller report. Nor was Mifsud’s email thanking Global Ties for meeting with him about a “collaboration.”

An American directly familiar with Mifsud’s contacts with Global Ties said they began in May 2016 and involved arranging diplomatic introductions and meetings around the globe. No one from U.S. intelligence ever warned the group or suggested that Mifsud had improper ties to Russia. The FBI never interviewed the executive who met Mifsud in December 2016, the source said.

There is now compelling evidence Mueller omitted or misrepresented important facts about Mifsud and Papadopoulos that could change the public’s understanding of events. And those aren’t the only omissions and factual errors to emerge.

Mueller never disclosed in his report that Manafort business partner Konstantin Kilimnik, identified in the final report as having ties to Russian intelligence, actually was a regular informer for the State Department from 2012-2017. The report also incorrectly identifies an American citizen from the former Soviet republic of Georgia as a Russian.

Such omissions and mistakes add to the mistrust of the final product. And as the Durham team’s overture to Roh makes clear, Mueller’s testimony before Congress may not be the final verdict for his findings.

There are too many questions still unanswered, starting with an enigmatic professor named Mifsud.

Views expressed in this article are the opinions of the author and do not necessarily reflect the views of C-VINE.