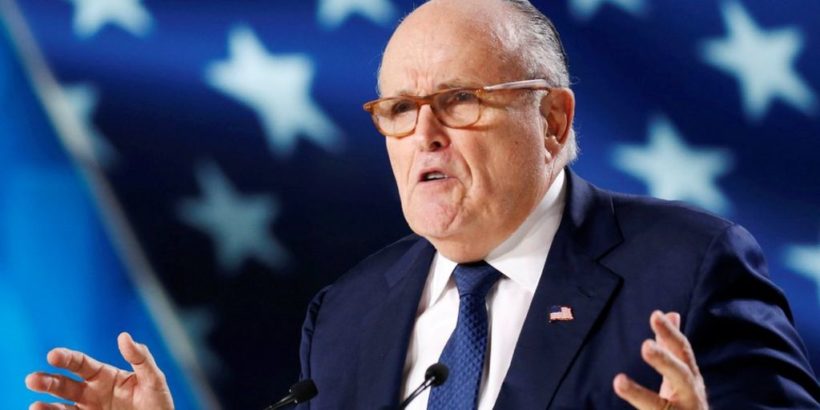 Former New York City Mayor Rudy Giuliani said that he has “never seen an election case with half this evidence of fraud” in an interview Wednesday about the status of President Trump’s legal cases challenging election results in key states.

Speaking with Navy SEAL and former Missouri Gov. Eric Greitens, host of the “Actionablep Intelligence” TV program, Giuliani focused mainly on Michigan and Pennsylvania, where lawsuits have already been filed. He also talked about Dominion Voting Software, which holds over one-third of the voting-machine market in the U.S., operating in 28 states, and which hired Speaker Nancy Pelosi’s former chief of staff as a lobbyist in 2019.

Giuliani said that the Trump campaign legal team has an affidavit in the Michigan case from someone who worked for Dominion, who said that 100,000 ballots were brought in at 4 a.m. that were all Biden ballots, not a single Trump vote.

When she reported it, she was told it was none of her business, Giuliani said. He said there are three or four other witnesses probably prepared to corroborate that.

In Pennsylvania, Biden was down 800,000 votes, and as hundreds of thousands of late votes came in election night, the Republicans didn’t get to review those ballots as they were being counted.

Giuliani said that these cases may end up at the Supreme Court, but the state legislatures, which choose the electors who will vote on the president, is where these matters belong. He says that he “can’t imagine they won’t do the right thing.”