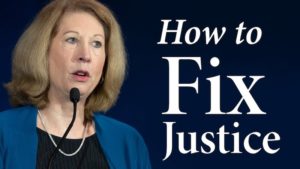 “The American voters need all the legitimate information and truth they can get on the presidential candidates. Biden has been engaging in pay-to-play for a long time particularly to benefit Hunter and other members of his family.

He and Obama and the whole Clinton crime cabal have been doing this, lining their own pockets in their globalist deals for years. This is the corruption that President Trump was sent to Washington to get rid of and it’s all just starting to come to light. I think we’re going to find it is far worse than we ever realized.” ~ Sidney Powell

FIGHT! FIGHT! FIGHT! Patriots fighting on the front lines wonder if their fight for freedom has mattered, even a little. For years, we fought the battle with all we had, but none like the present.

As the unseen enemy continues to wage war against us, many comrades have fallen by the wayside, some by discouragement and some by death.

Many have picked up arms, answering the call of duty in fighting against those who’s desire is to attack America until she is bloodied and beaten. Then, in her vulnerable state, stripping her of her majesty as she is lumped into a third-world category is their scheme.  Too far-fetched? Just look around, in hundreds of our cities, this scenario is at hand!

The United Nation’s goal as been to create a One World Government. They have succeeded all around the globe, except in two areas: our U.S. Constitution and Middle-Class America. If they can rewrite our constitution and over-tax the middle class, then they win. This is no surprise to President Trump and his administration. The Plan will get around the corrupt media and will expose all these Deep State players. In the end, America wins… and so does the whole world!

Author and Attorney, Sidney Powell‘s no nonsense approach to exposing corruption gives optimism to millions. Those fatigued on the front lines, weary investigative journalist’s, and those who find themselves before the Lord on bended knee, may be encouraged at Sidney Powell’s words.

Will Patriots ever see truth, justice or the American Way return to her glory?  Remember, nothing can stop what is coming!