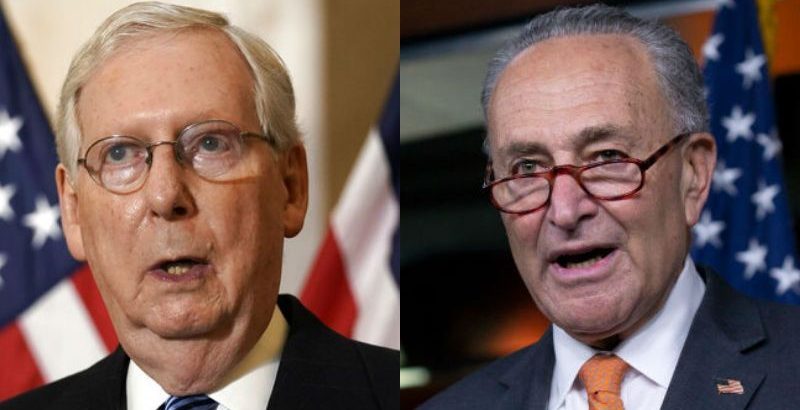 The “vote-a-rama” in the Senate that started at about 2:30 p.m. Thursday concluded shortly before 6 a.m. Friday after a marathon process in which Republicans forced Democrats to take votes on tough issues for more than 15 hours.

The Senate adopted a budget resolution for coronavirus relief 51-50 with Vice President Harris casting the tie-breaking vote. It’s not a final bill, but allows the Senate to proceed toward a final bill under the budget reconciliation rules, which would let Democrats pass a coronavirus stimulus plan by going around a GOP filibuster as long as their caucus remains united.

The House is expected to move on the “concurrent” budget resolution later Friday.

Senate Republicans were taking advantage of a Senate procedure that allows them to propose a plethora of amendments to the budget resolution, forcing senators to take a stand on a number of issues.

REPUBLICANS PUT DEMOCRATS ON THE SPOT OVER STIMULUS CHECKS, TAXES IN MARATHON ‘VOTE-A-RAMA’

“I am so thankful that our caucus stayed together in unity. We had no choice given the problems facing America and the desire to move forward. And we have moved forward,” Senate Majority Leader Chuck Schumer, D-N.Y., said. “Many bipartisan amendments were adopted, so this was a bipartisan activity.”

He added: “We cannot underscore enough how much help America needs during this awful crisis and we cannot miss the point that we still have a long way to go. This was a giant first step… to bring America back, to overcome this horrible crisis and then move America forward.”

Though some GOP amendments were adopted, the final vote was along party lines.

Among the issues Republicans forced votes on were efforts to support the remain in Mexico policy from the Trump administration, oppose the blocking of the Keystone XL Pipeline by President Biden, oppose banning fracking, oppose the increase of the federal minimum wage during the pandemic and more.

A final Democratic amendment proposed by Schumer undid three GOP-proposed amendments that passed with bipartisan majorities on fracking, the Keystone XL Pipeline and opposing stimulus checks for illegal immigrants. Harris cast the tiebreaking vote on that too.

In all, the Senate took 41 votes between Thursday and Friday.

Senate Minority Mitch McConnell, R-Ky., previously indicated that Republicans would drag out the process with the aim of extracting a pound of flesh from Democrats in uncomfortable votes.

“We’re going to put senators on the record,” he said on Thursday. “Expect votes to stop Washington from actively killing jobs during a recovery — like terminating the Keystone pipeline; that job-killing, one-size-fits-all minimum wage hike; and whether to bar tax hikes on small businesses for the duration of this emergency.”

He’d also previously said Republicans would bring up amendments on stimulus checks for illegal immigrants, federal funding for school districts that don’t get children in classrooms and more.

“What amendments our friends in the minority propose is entirely up to them,” Schumer said. He added that he hopes Republicans don’t use “the debate over pandemic relief to sharpen… partisan talking points.”

Schumer continued: “If there are good-faith amendments from the other side, we look forward to them.”