The following is adapted from a panel presentation on October 12, 2018, in Kansas City, Missouri, at a Hillsdale College Free Market Forum, sponsored by the College’s Center for the Study of Monetary Systems and Free Enterprise.

At the beginning of the twentieth century, the invention of the automobile liberated individuals from the yoke of distance. While people could travel before the invention and widespread use of the automobile, they were bound in their daily lives by the limited distance horses could cover. Railroads alleviated but did not eliminate those restrictions—movement was confined by the location of railroad tracks and by train schedules. It was only the automobile that gave individuals the freedom to move at their own leisure.

Before the smartphone, people were tethered to their landlines. In the 1990s, the proliferation of mobile phones and increased access to the Internet greatly expanded our freedom to communicate and our access to information. But it was the introduction of the smartphone in 2007, coupled with mobile communication and the Internet, that brought unprecedented access to information to the Western world and to a significant portion of the developing world.

We have at our fingertips today more advanced hardware and computing power than was used to send man to the moon, more information than is contained in the best library, and more power to communicate than any propaganda machine ever dreamed of possessing. The average individual, however, would not be able to take advantage of these hardware advances and computational powers without the proper applications. Companies like Apple, Google, Facebook, Twitter, and Amazon—what the press now calls “Big Tech”—enabled average people to use these powers to improve their lives.

But however much the automobile revolution improved lives, it also presented challenges that required regulatory responses —e.g., speed limits and traffic lights in response to lethal accidents and emission standards in response to air pollution. The Big Tech revolution poses challenges as well—including to free markets—and it is foolish to ignore them. While we no more want to go back to a world without smartphones than we do a world without cars, the question is whether we should manage this new technology so that it helps all of us and does not become just an end in itself.

From the outset, the car industry was fragmented. Roughly 3,000 companies were started in the United States with the intent to produce cars. Despite the fact that Henry Ford’s introduction of mass production with the Model T in 1908 significantly increased economies of scale, there were still 44 independent car companies in the U.S. at the outset of the Great Depression. Only after that did the number of U.S. car manufacturers drop to eight, and it wasn’t until the early 1980s that the Big Three (Chrysler, Ford, General Motors) emerged. By that time, however, foreign cars were on the rise. Even today, the market share of the top-selling car manufacturer in the U.S. is only 18 percent, of the largest two only 32 percent, and of the largest four only 54 percent.

What produced this fragmentation? One factor was geographical segmentation: high transportation costs favored local producers. Another was product differentiation: Henry Ford famously said that you can choose a Model T of any color as long as it is black; in reality, consumers preferred not only different colors but different models, reducing the economies of scale advantage. 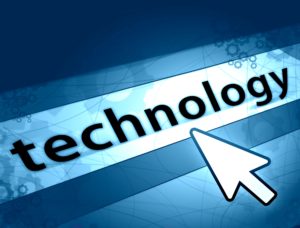 Economists since Adam Smith have taught us that in a competitive economy, the pursuit of private interests leads to the best possible outcome for everybody. But notice the qualifier: for this arrangement to work, there must be competition. It should disturb us, then, that the founders of Google themselves admit that the history of searches they have amassed creates a gigantic barrier to new entrants.

Another aspect of the Big Tech revolution that sets it apart is the quantity and precision of amassed data it makes possible. Businesses have always accumulated data on their clients, but the amount and detail of data concentrated in the hands of Big Tech companies are beyond anything previously imagined. And its value increases rather than decreases with quantity: consumption patterns of individuals are more valuable if linked to their location, more valuable still if linked to their health information, and so on. Not only does this data concentration represent an insurmountable barrier for new entrants into the market, it also represents a threat to individual privacy and can even be a threat—as recent data mining and censorship scandals suggest—to the functioning of our democracy.

Google and Facebook know more about us than our spouses or closest friends—and sometimes even more than we know about ourselves. They can predict what we’re going to do, how we’re going to vote, and what products we’re going to buy. And they use the best minds in the world to manipulate our decisions in a way reminiscent of the movie The Truman Show.

But that is only one way of using (or misusing) the massive information gathered. Thirty years ago, during the debate over Robert Bork’s nomination to the Supreme Court, The Washington Post reported the titles of the videos he rented. During the recent confirmation hearings for Justice Kavanaugh, it was only because the alleged crimes took place before the diffusion of smartphones that phone companies were not able to disclose the geolocation of the nominee and his accusers during the early 1980s. We surely do not want the government tracking our every movement. Do we want Big Tech companies tracking us? Even worse, do we want to risk having these private monopolies grant information about us to the government in exchange for protection of their monopoly power?

Some say that market competition will naturally solve these problems, but there is plenty of evidence of distortion of competition in the tech sector. Not only on the market side—consider the recent European Union case against Google, charging Google with preferring its own shopping comparison tool to others—but on the social side as well. To take one example, Google unilaterally decided to de-rank payday lenders in their search results. De-ranking is a subtle form of censorship—a company de-ranked by Google is effectively condemned to irrelevancy. Regardless of what we think of payday loans, who is Google to decide that for us? And why would Google have done it? Could it have been because the Obama administration was initiating a campaign against payday lenders at the same time? It is not hard to imagine that Google cultivates the gratitude of politicians who have the power to regulate and legislate in ways that impact Google’s interest.

The Panglossian view that technology will solve the Big Tech problem because that is what has occurred in the past suffers from the fallacy of what Bertrand Russell called “the inductivist turkey.” When a turkey observes that his owner comes each morning to feed him, the turkey inductively infers that he will continue to be fed each morning—an inference that breaks down each year at Thanksgiving. Just because something happened in the past, does not mean it will happen in the future.

It is also simply not true that technology alone has been sufficient in the past. IBM’s dominance lasted “only” 30 years and Microsoft’s less than two decades. But neither company was dethroned without government intervention. IBM lost its primacy because the Department of Justice went after it on antitrust grounds for decades. Because of this pressure, it decided to outsource part of its computer manufacturing, which is what led to the PC revolution. Similarly, Google and Facebook are not part of Microsoft today because Microsoft was under antitrust scrutiny. As one of the lawyers in that case said, “The trial is the remedy.” So historical precedent actually supports the idea of subjecting Big Tech to antitrust scrutiny. While it is absolutely true that growth comes from technological innovation, it is wrong to think that letting Big Tech companies continue unhindered will necessarily lead to that innovation.

So what do I propose? As a skeptical economist—especially with regards to government intervention—I advocate what I call a lean approach. There should be no massive overhauls, which create uncertainty and pose a danger of killing the goose that lays the golden eggs. I’m also not in favor of breaking up all of Big Tech, and especially not Google, because there are significant economies of scale in search algorithms. I would be much more in favor of splitting Instagram from Facebook, because there are no strong synergies between them and because it was a mistake for antitrust enforcers to allow Facebook to gain so much market power in the first place.

But my initial approach would be even more benign. We should try to promote competition. The reason we don’t see a conservative Facebook being developed is because people want to be where other people are, and it’s very costly in terms of time and effort for people to “multi-home”—to be on multiple social networks. Compare this, for example, with using both Lyft and Uber, which is convenient and efficient.

The same could be true with social media if users could post their content to an intermediary that disseminates it to all of their preferred social media sites. The intermediary could also collect and organize content from their friends and present it in one place. The reason this is not already happening is that federal law prevents it. Indeed, a company called Power Ventures made an application to do all this, but it was shut down by court order when Facebook sued it. As a result of that lawsuit, it is a crime for a company—even with an individual’s permission—to obtain that individual’s data from Facebook. Here is a clear example of Facebook creating barriers to entry, and the elimination of those barriers would be pro-competition and pro-free market—not interventionist.

In the jargon, this is called “portability of the social graph,” and it’s no different than the portability of our cell phone numbers. Those of us who are a little older remember a time when we did not own our phone numbers—the telephone company did, and if we switched companies we lost our number. Why do we now think it is normal to own our phone number? Because the FCC forced phone companies to allow portability—another instance where regulation created more competition, not less, and reduced consumer prices.
We should begin with this kind of lean regulation in the tech sector to create more competition, which will lead in turn to more innovation and a better result for all of us.