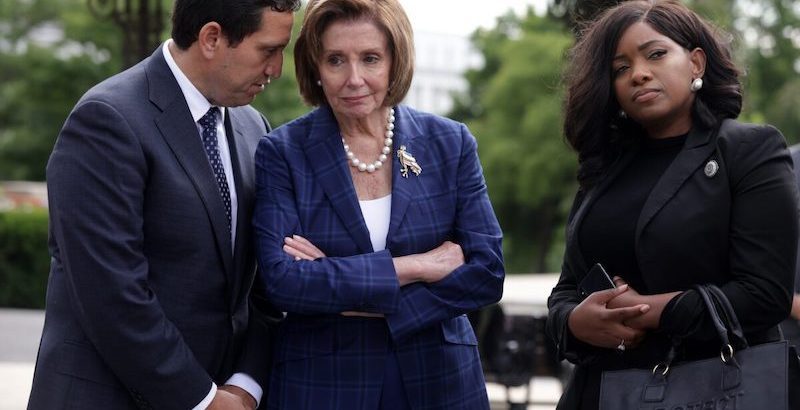 The fallout from Texas Democrats flying to Washington last week is widening as an aide to House Speaker Nancy Pelosi (D-Calif.) tested positive for COVID-19.

A sixth Texas House Democrat has also tested positive, along with a White House official.

Drew Hammill, a spokesperson for Pelosi, told news outlets that the aide is a senior spokesperson in Pelosi’s press office.

The fully vaccinated aide tested positive on Monday “after contact with members of the Texas state legislature last week,” he said.

“This individual has had no contact with the Speaker since exposure. The entire Press Office is working remotely today with the exception of individuals who have had no exposure to the individual or have had a recent negative test. Our office will continue to follow the guidance of the Office of Attending Physician closely,” he added.

Fischer confirmed on Sunday that he had tested positive earlier that day.

An unnamed White House official also tested positive, the White House confirmed to Axios. The staffer has mild symptoms and is in isolation.

Both the official and the Pelosi aide were at a rooftop reception at the Hotel Eaton on July 14.

A sixth member of the Texas House delegation who fled Texas also tested positive for COVID-19.

Texas Rep. Donna Howard announced she received a positive result from a test on Monday.

“Despite following CDC guidelines and being fully vaccinated, I tested positive for COVID-19 on Monday,” Howard said in a statement.

“We know that there will be breakthrough cases, but as this instance shows, cases in vaccinated individuals are typically mild,” a White House official said.

Breakthrough cases refer to COVID-19 infections that occur in people who received both Pfizer or Moderna jabs, or the single-shot Johnson & Johnson vaccine.

Most of the Texas Democrats flew to Washington. A photograph showed them smiling without masks on, in defiance of federal rules requiring masks on flights entering, leaving, or within the United States.

“We got complacent because we felt safe. We had no positives for months, and we got sloppy,” Texas Rep. Gene Wu said on Monday.

Vice President Kamala Harris, who met indoors with the caucus last week, tested negative over the weekend. She refused to quarantine, with her office arguing neither she nor staff members had been in close contact with any of the people who later tested positive—a similar argument the White House used in regards to the official who did test positive.

White House press secretary Jen Psaki said Tuesday that the White House would not characterize what has happened as a so-called superspread event and that “even vaccines that are incredibly effective are not foolproof.”

Still, people who are vaccinated are much less likely to have to get hospital care or die from COVID-19, she added.