When Company Gets Threatened With Boycott, Silent Majority Shows Up 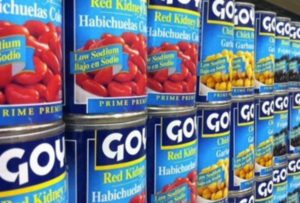 President Trump met with GOYA Foods Representatives at the White House in the Rose Garden. The founder of GOYA Foods lives the American dream of owning a very successful business. He is a Trump supporter.

When the media reported this, several groups organized a boycott against GOYA simply because he praised our president,  but it completely backfired. GOYA is now selling more products because of the boycott than they did before the boycott. Think of how big the Silent Majority really is!

In spite of overwhelming evidence against her, Ghislaine Maxwell plead not-guilty before a judge. In America, she is innocent until proven guilty. She was arrested July 5, 2020, on several counts of grooming young girls for sex.

Her judge denied bail saying, because of her great wealth and fame, she is a high flight risk. Her court date is set for July 12, 2021. It is suspected she supplied many favors for many elected officials, in both parties.  Why was her court-date set for a whole year away?

Had HRC won, China was slated to become the next ruling manufacturing base for the US. They have been spying on America for years in hopes of gaining military secrets. Now with phone Apps like Zoom and Tik-Tok, the ease of acquiring private information from unsuspecting U.S. citizens is simply icing on the cake. 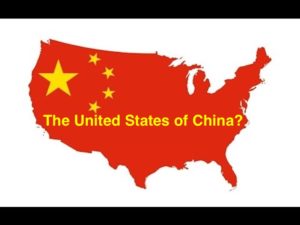 The ‘United States of China’ is a terrifying thought, yet this was part of their 16-year plan. We have many traitors within our government who are being rooted out. Those who are the loudest have the most to hide.

The DS is losing the narrative of the virus in spite of them pushing it has hard as they possibly can. All around the country, the media has instilled fear by reporting manipulated COVID numbers, telling the people it’s worse than it really is.

Schools are shut down because of politics. If the kids go back to school, the parents can go back to work, the economy won’t need to be shut down, and we can all go to the polling booths. No need for mail-in-voting. The media has their marching orders reporting schools must remain closed, however, top pediatricians see the value of getting kids back in school and are pushing for it.

Gov. Newsom shut down California once again, not because of COVID, but because he has his marching orders, too; no debate, no opportunity for public opinion. This whole shutdown across America is so you and I must vote by mail, because then tallies can easily be compromised. The DS is deep and wide!

Several states are re-counting their numbers due to COVID-fraud. An example of COVID-fraud is when someone dies from a car accident but if they test possible for COVID at the time of death, the CDC says they died of COVID, not the accident. The CDC reports their cases are to include confirmed and probable cases.  No wonder the numbers are rising when they really aren’t!

A FOX news station in Orlando looked into all these COVID cases to see if they were fabricated. They were!  Negative tests are not being counted, only the positive ones are to make it look like we are in a pandemic. We’re not!

The Orlando Health lab and the report says 98% positive COVID cases, but later reports admitted numbers at 9.4% positive. They’re skewing all the numbers. FOX called different hospitals like Orlando’s Veterans Medical Center who stated 76% positive, but the VA said their numbers were actually 6%. All these numbers combined mean they do not reflect what the media is reporting to us. All these numbers are manipulated and means there is no pandemic!

Why are we wearing masks, again? The death-rate of countries who are using HCQ, Zinc and a Z-Pack the death rate low. Right on the box it states masks don’t stop COVID particles. Masks will not protect nor help anyone. It’s time for us to make a stand. 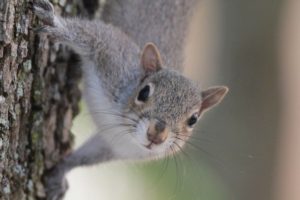 For some reason, summer marks the beginning of the Bubonic Plague season for squirrels. It’s nothing new and the risk of residents getting it is extremely low. The media’s narrative is to control thought. Will they use this to keep us in fear?

This country was built by the people. People will demand change when they have had enough. Have we had enough?  We hold the power, we always have and together, we are strong!