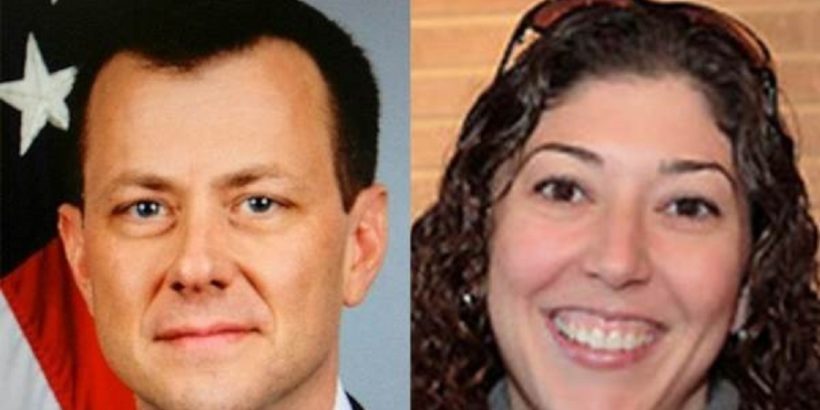 On January 10, 2017, BuzzFeed published a version of the phony Steele dossier that Peter Strzok said was “identical” to what then-Senator McCain’s office gave to the FBI.

On January 10, 2017, Strzok, under the subject “RE: Buzzfeed published some of the reports,” writes: “Our internet system is blocking the site. I have the pdf via iPhone, but it’s 25.6MB. Comparing now. The set is only identical to what [Sen. John] McCain had (it has differences from what was given to us by Corn and Simpson).”

Judicial Watch announced today it received 138 pages of emails between former FBI official Peter Strzok and former FBI attorney Lisa Page. The records include an email dated January 10, 2017, in which Strzok said that the version of the dossier published by BuzzFeed was “identical” to the version given to the FBI by McCain and had “differences” from the dossier provided to the FBI by Fusion GPS co-founder Glenn Simpson and Mother Jones reporter David Corn. January 10, 2017, is the same day BuzzFeed published the anti-Trump dossier by former British spy Christopher Steele, The emails also show Strzok and other FBI agents mocking President Trump a few weeks before he was inaugurated. In addition, the emails reveal that Strzok communicated with then-Deputy Director Andrew McCabe about the “leak investigation” tied to the Clinton Foundation (the very leak in which McCabe was later implicated).

McCain previously admitted he gave the Steele dossier to the FBI, but he denied being the source for BuzzFeed.

“These new emails show that Strzok and his Obama FBI colleagues knew almost immediately that McCain likely leaked the infamous dossier,” said Judicial Watch President Tom Fitton. “The emails also show that senior FBI officials had contempt for President Trump and gossiped about its counterintelligence briefing to him. The FBI under Comey and McCabe was a train wreck and, given the ongoing cover-up of these docs, the agency hasn’t improved much.”