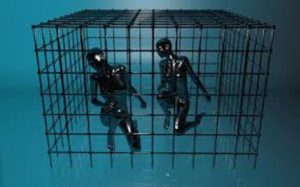 Their secrets have been made public and they are terrified. They falsify news to get ahead of the narrative. If the Deep State can betray the American people by spinning the truth just once more, the slaves who have worked for them our entire lives, remain caged.

President Trump knows We the People are the news now. We have the declass and documentation. We have memos and e-mails. We have it all. Does the MSM really think they can fool us any longer? No! They’ve been caught in their lies and we are pushing back. We demand truth…our very freedom depends on it.

The MSM appears to be creating the narrative that Michelle Obama may become Joe Biden’s running mate.  When former President Obama waited to endorse Biden until now, were optics the goal?  We all know Biden can’t go on. When he steps down due to poor health, Michelle will need a running mate. Will it be Hillary? Was this all part of the plan?

Joe Biden has been accused of sexual assault by Tara Reade. Even though the alleged crime is beyond the statute of limitation, a police report from Washington D.C. states the investigation is active and on-going, yet the MSM refuses to cover the story. Americans have the right to know of allegations involving a politician who is running for the highest office in the land. The MSM must report facts… Americans want truth!

Hillary Clinton and others have been caught in their lies. Judicial Watch has sent a subpoena to Google to authorize the release of all Hillary’s gmail emails.  As the declassified information trickles out, Trump and the Patriots want their crimes exposed to the American people. Barr and Durham have everything.

Trump will be signing an executive order to temporarily suspend immigrations into the US. It is not safe to allow foreigners into the country during this pandemic. The Dems want to argue but they cannot. They are trapped. Trump is a genius! He has always said… ‘America first!’

Americans don’t want to tattle on neighbors, we don’t want to stay home. We want to get back to work! Protest rallies across the US are uniting us once again. The voice of Americans is stronger, louder and more powerful than the Deep State. We have had enough, we demand the truth, and we are rising up.