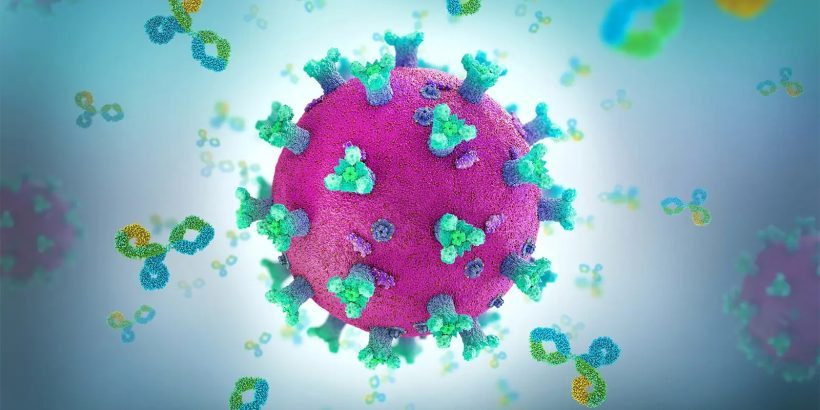 A type of cells produced by the body when fighting common cold viruses cross-protect people against infection with the virus that causes COVID-19, according to a study published Monday.

T cells have been recognized as a measure of protection against severe COVID-19 and previous research indicated that recovery from common colds may provide some level of shielding against the virus that causes COVID-19.

Researchers with Imperial College London found in the new study that the presence of such cells can also prevent infection by the CCP (Chinese Communist Party) virus, also known as SARS-CoV-2, which causes the disease.

The scientists assessed 52 contacts of newly diagnosed COVID-19 cases to pinpoint when they were first exposed and determined that people who tested negative for COVID-19 had higher cross-reactive T cell levels. They also took blood samples from the participants within 6 days of exposure.

“Being exposed to the SARS-CoV-2 virus doesn’t always result in infection, and we’ve been keen to understand why. We found that high levels of pre-existing T cells, created by the body when infected with other human coronaviruses like the common cold, can protect against COVID-19 infection,” Dr. Rhia Kundu, the lead author, of Imperial’s National Heart & Lung Institute, said in a statement.

Professor Ajit Lalvani, another author, said the study “provides the clearest evidence to date that T cells induced by common cold coronaviruses play a protective role against SARS-CoV-2 infection,” adding that “these T cells provide protection by attacking proteins within the virus, rather than the spike protein on its surface.”

The discovery could help scientists develop a new version of the COVID-19 vaccine, the researchers said.

“The spike protein is under intense immune pressure from vaccine-induced antibody which drives evolution of vaccine escape mutants. In contrast, the internal proteins targeted by the protective T cells we identified mutate much less. Consequently, they are highly conserved between the various SARS-CoV-2 variants, including omicron,” Lalvani said. “New vaccines that include these conserved, internal proteins would therefore induce broadly protective T cell responses that should protect against current and future SARS-CoV-2 variants.”

They also urged people to get a COVID-19 vaccine instead of relying on the protection from cross-reactive T cells.

The currently available vaccines have proven less effective against the Omicron variant of the CCP virus, including against severe disease. While booster shots restore some of the lost protection, early data signals the boost quickly drops in effectiveness against infection after administration. Whether boosters last for longer periods of time remains unknown.

The study was published in Nature and was funded by the National Institute for Health Research Health Protection Research Unit and the Medical Research Council.

Limitations include the small number of participants and the fact that 88 percent were white.

Dr. Simon Clarke, an associate professor in Cellular Microbiology at the University of Reading, who was not involved with the study, said that people who have had colds should not assume they are protected against SARS-CoV-2 because many colds are not caused by coronaviruses and further research is needed on the matter.

“Although this is a relatively small study, it adds to our understanding of how our immune system fights the virus and shows that future vaccines might benefit from targeting components in addition to the spike protein,” he added.