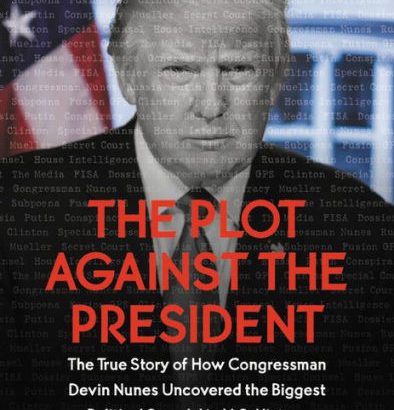 Need a good book to curl up with on a cold evening?

This book reveals Inside information from the 2016 election that lends insight into the kind of war we are in, as we move toward the 2020 election.

“It is an honor to be featured in the Amazon top seller, The Plot Against the President, which details my fight against the deep state and exposes how close the radical left came to reversing the 2016 election.” – Devin Nunes