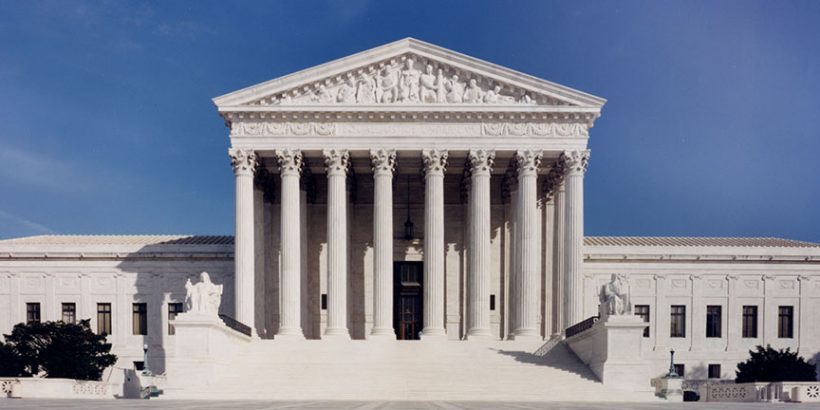 The abortion ban remains in place amid ongoing litigation.

The U.S. Supreme Court has, for a second time, declined to intervene in a lawsuit challenging a Texas abortion ban.

In a 6–3 ruling on Thursday, the court declined abortion providers’ request to intervene in the case challenging the state’s abortion ban, known as the Texas Heartbeat Act or Senate Bill 8 (S.B. 8).

The law went into effect in September 2021, banning abortions after a heartbeat is detected—usually at around six weeks gestation—unless a medical emergency exists. There is no exception for a pregnancy due to incest or rape.

On Sept. 1, 2021, when the law went into effect, the Supreme Court on the same day denied an effort to block the measure, in a 5–4 ruling.

Whole Woman’s Health, which operates four Texas abortion clinics as well as other clinics in five other states, had sued to overturn the law.

The abortion provider argued the law violates the 1973 Roe v. Wade and the 1992 Planned Parenthood v. Casey decisions. Roe v. Wade prohibited states from banning abortions prior to when the fetus is deemed “viable”—deemed at around 24 weeks of pregnancy. Planned Parenthood v. Casey reaffirmed the Roe ruling and prohibited laws that place an “undue burden” on a woman’s ability to obtain an abortion.

Whole Woman’s Health also challenged the unique enforcement mechanism of the Texas abortion ban. Under the measure, state officials have no role in enforcing it, but private citizens (except for an individual who impregnated a woman through incest or rape) can file lawsuits against anyone who allegedly “aids and abets” in an abortion that violates the law.

Because no state officials are involved in enforcing the law, abortion providers have found it difficult to bring legal challenges against particular individuals.

The Supreme Court heard oral arguments in the case on Nov. 1, 2021. The court refused to stay the law and threw out most of the arguments against the law, but allowed a narrow challenge to proceed, ruling that certain state licensing officials might have indirect authority to enforce S.B. 8, and so the lawsuit may only proceed against them.

Abortion providers, in their latest request to the U.S. Supreme Court, argued that the 5th Circuit appeals court should have sent the case to a federal district court in Austin, where a judge had previously blocked the law for a few days. The abortion providers asked the Justices to intervene and reroute the case to avoid undue delay.

The majority denied the request in the Thursday order, which was issued without comment. Three of the nine Justices dissented—Sonia Sotomayor, Stephen Breyer, and Elena Kagan.

“Instead of stopping a Fifth Circuit panel from indulging Texas’ newest delay tactics, the Court allows the State yet again to extend the deprivation of the federal constitutional rights of its citizens through procedural manipulation,” Sotomayor wrote in her dissent.

Amy Hagstrom Miller, CEO and founder of Whole Woman’s Health, said in a statement following the ruling, “SCOTUS once again turns its back on Texans who deserve safe abortion care. 10% of people of reproductive age in our country live in Texas. This abortion ban is radical, extreme and so, so wrong. [Whole Woman’s Health] will keep fighting for you. Texans deserve better.”

Meanwhile, Alexis McGill Johnson, president and CEO of Planned Parenthood Federation of America, said in a statement, “Once again, the Supreme Court has betrayed the people of Texas, who have been callously stripped of their constitutional right to abortion for more than four months now.”