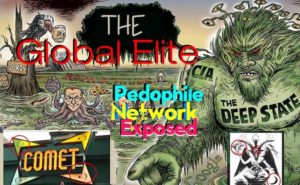 NXIVM (Nexium) is a sex cult which included actress, Allison Mack. She was arrested in Brooklyn by the FBI on April 20, 2018, on charges of sex trafficking, sex trafficking conspiracy, and forced labor conspiracy in relation to her role in the NXIVM organization. Mack pleaded guilty to racketeering charges in April 2019.

With Ghislaine Maxwell’s arrest, comes the idea she duplicated Epstein’s videos and documents exposing some of the worlds most powerful people. Do the Patriots already have this information? Caught on video, two prominent politicians, and also celebrities, had sex with minors. Who could they be?

Sex trafficking and other crimes against humanity are being exposed in great numbers since Trump became president. We know the only way to wake people up is to show them of such corruption.

The popular home and garden online store, Wayfair.com, and other internet businesses are being questioned about using their sites as child trafficking hubs. Investigating further, on their site it says, ‘Abramovic investment helps internet firm Yandex…’  A billion dollars is invested here. The long list of names beginning with Wayfair, ends with 74 year old, Marina Abramovic, who is known for the ritual of Spirit Cooking. 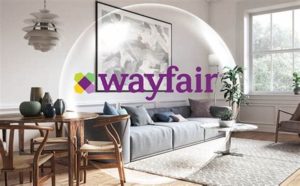 Right under our noses, a ‘pillow’ will sell for $10,000. When it sells, the price drops and the next pillow is sold for something like, $30.00. What actually sold for $10,000? Children. Everything’s being exposed. Will all this exposure unify our country?

President Trump commuted Roger Stone. Does this mean he is pardoned? No! The Deep State was counting on Roger Stones’s sentencing to convince the public that Trump was guilty of Russian collusion. Even though the Mueller investigation resulted in nothing, they knew if they could keep the public believing the lies, Trump would most likely not get re-elected in November. They were counting on this. With Stone being commuted, this foils the DS’s plan.

If Bob Mueller had overwhelming evidence Trump colluded with Russia, where is it? He claimed his evidence was classified, (quite convenient), therefore he could not discuss it. Ric Grenell said he saw all the evidence himself and that Mueller was lying.

Stone is still a convicted felon. A pardon means to release a person from punishment. A commutation means a substitution or exchange. Trump did not pardon Stone because he wants the facts to be revealed the public. Remember, the public must be shown.

230 miles of new wall along the Mexican border is up. We know Trump is all for immigration as long as it’s done legally. He has signed an executive order giving a road-map for those wanting to come into our country legally. This includes DACA.

With the rioting and the virus, the DS is pushing fear as much as possible. They are telling us there is no more room in morgues due to COVID. This is for show. Graphs show the death rate at almost zero. Why are they lying to us? Why the fear?

They want us to be locked down so we have to vote-by-mail in November.  Remember, it’s easy to commit voter fraud through the mail. This is the only way the Dems can win and they know it. 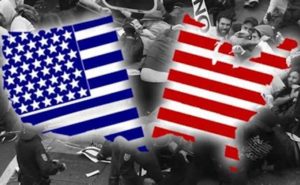 One of the best ways the country can become united is for crimes against humanity to be exposed, especially, crimes against children. If our talking points revolve around crimes against children rather than our differences around President Trump, we have the real possibility of red-pilling our family, friends and neighbors. Proof of this corruption will cause people to question, then research.

Is it possible President Trump ran for office to rescue the children? Once Americans discover the truth, our Silent Majority will grow. United, we’ll fight the media and DS. United, we will protect America’s children. United, we will stand for freedom!