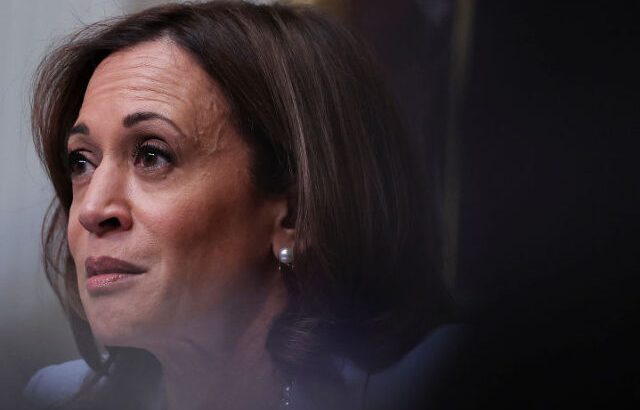 Vice President Kamala Harris’s desperate winless streak continued Monday after NASA scrubbed the Artemis launch due to an issue with one of the rocket’s four engines.

Harris, who chairs the administration’s National Space Council, had planned to attend the launch with first man Doug Inhofe and deliver a speech about the United States’ leadership in space and historic nature of the Artemis missions. The purpose of the missions are to land a black person and woman on the moon.

But the mission was scrubbed after technical failure, and Harris’s big day was postponed. Besides delivering speeches, it is unclear what exactly Harris’s role is as the chair the National Space Council. “There have occasionally been snickers about the fact that the VP chairs the administration’s National Space Council,” Politico Playbook reported.

After the launch, Harris was reportedly scheduled to inspect some of the equipment to be used in the upcoming moon missions.

Monday’s postponed launch adds to Harris’s desperate winless streak. Earlier this year, the Democrat National Committee reportedly had to reschedule its Woman’s Leadership Forum fundraiser with Harris on May 25 and 26 due to a lack of ticket sales.

In June of 2021, NBC News questioned Harris about why she had not visited the border, as doing so may give her insight into how to stop the southern border invasion. Harris answered by saying she had not yet visited Europe.

“You haven’t been to the border?” Lester Holt asked.

“And I haven’t been to Europe,” Harris said laughing. “And I mean, I don’t understand the point that you’re making. I’m not discounting the importance of the border.”