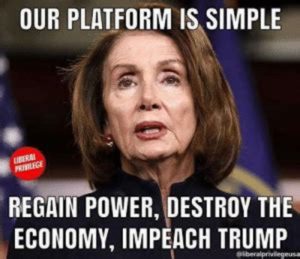 The main goal of the Deep State is to take back control. They had a 16-year plan in place which would have ended up with HRC and even though she lost, they are doing everything they can to move ahead with their plan.

The pandemic was ignited to destroy the economy. The Deep State hoped the economy would remain shut down until November. If people were afraid to go out, mail-in votes would have been mandated. We know they are a shoe-in for fraud and can be manipulated either way. President Trump countered this by encouraging businesses to begin opening in April.

Hillary’s lawyers, Rod Rosenstein, Andrew McCabe and others are testifying before congress. We knew the more people called in to testify, the more they would ‘out’ one another. In so doing, the DS does not want the public to know what they are up to, so to clog the news cycle, they will push more ‘events.’

When people wake up, they will begin asking questions.  Critical thinking is essential as we do our own research. This has proven vital to our very existence. Now, we will know how to help those who are just now wondering why all this is happening.

In Germany, investigators ‘busted’ a child abuse ring. Investigators found extensive footage of young children being brutally raped. We have good teams of people gathering this information. Exposing the perpetrators and their crimes will bring everything to light so people can understand. The word, ‘Treason,’ has been attached to many politicians and when people learn what they have done,  they will finally be able to understand that Trump has really been fighting for them and the DS has been fighting against them.

Black Lives Matter was put in place to get rid of the police. The kneeling events led by the radical left in regard to George Floyd’s death, doesn’t satisfy the mob. People are being shamed into believing they are un-American for not bending the knee. Even mobs tire of subservient behavior. Kneeling won’t be enough to cause the real fear they have planned. 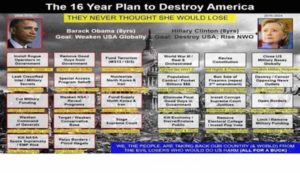 Post 570 would be worth exploring as it explains the Deep State’s 16-year plan to destroy America. They never thought she would lose. We didn’t enter in to WWIII, but they are still launching their events. Trump, being steps head, keeps cutting them off.  They will keep trying to take America down, and Trump will keep countering. The Patriots have their playbook.

Last year, Youtube began banning Anti-Nazi documentaries. Why hide history? Post 839 asks, “Do you think Antifa was grown organically? Purpose?” We know they were created to create chaos and confusion. Who are the true facists? Why does the Antifa flag resemble the Nazi flag? It’s been on purpose.  Study Nazism and Antifa. Note the similarities.

The 16-year plan would have worked under Hillary. They need America to be divided for their 16-year plan to work.  American is supposed to be united, not divided. The people are asking questions. Why would we scrap the whole country for one corrupt cop? Does that make sense? Their design was for them to have her in place, working with the media and corrupt politicians. They don’t have that and their events are backfiring.

Each time they are planning an event, their plan will be exposed and then once exposed, their plan cannot move forward. The Patriots are in control.