Pieces Of The Puzzle Are Coming Together. What Is Left To Find? 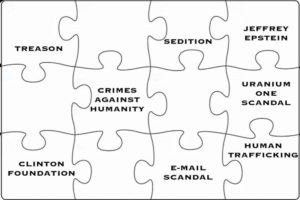 The Deep State, the mainstream media, the corrupt politicians, thought they had the upper hand with event #1, event #2, etc. They thought they were the ones in control until they caught wind that the people didn’t believe them anymore.  They had to back-track but by then it was too late.

The Patriots are in complete control of the entire situation. It’s all about exposure. Pieces of the puzzle are slowing coming together. This is what the Patriots are doing.

There is the puzzle piece of Treason, one of Sedition, Crimes against humanity. There’s Julian Assange reporting on the e-mail scandal and DC server, the Clinton Foundation and the Uranium One scandal. Each of these is a puzzle piece and they are all finally coming together.

If you liken this to a boxing match, it appears we are in the 15th round right now. The gloves are off and we are expecting a knock-out! 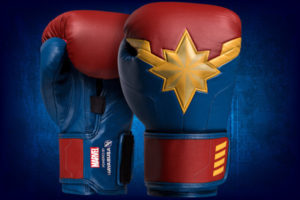 It seems with Hunter Biden, the Clinton’s, with Epstein, all of this is connected to Human Trafficking. Why are they saying it’s all a conspiracy if it keeps popping up? It’s all about exposure. All these topics are a piece to the puzzle The boxing gloves are off and it’s all coming together, just as the Patriots had planned.

Please watch or listen to this video for the rest of this report.’