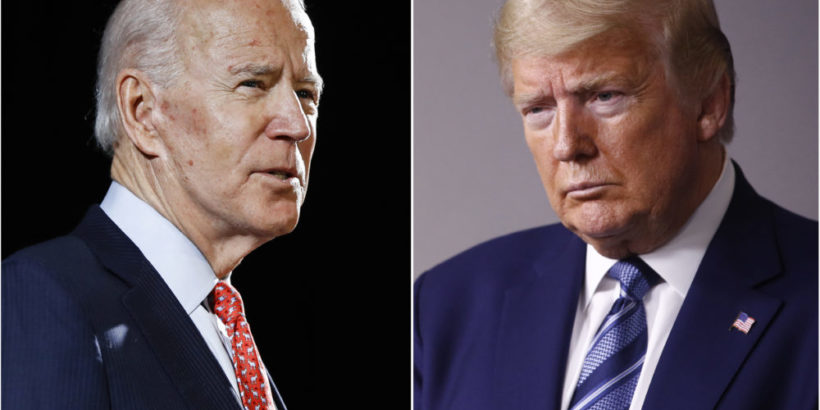 The Commission on Presidential Debates (CPD) announced on Oct. 8 that the second debate between President Donald Trump and Democratic nominee Joe Biden will be held virtually, with the president saying he would not take part in a virtual debate.

The non-partisan commission said the debate, scheduled for Oct. 15, would take the form of a town meeting in which the candidates will take part remotely from separate locations, with the aim being “to protect the health and safety of all involved.” The debate moderator, Steve Scully of C-SPAN Networks, as well as town meeting participants, will be on location at the Adrienne Arsht Center for the Performing Arts in Miami, Florida.

President Donald Trump, in remarks to Fox News minutes after the CPD announcement, said he would not take part in a virtual debate.

“The commission changed the debate style and that’s not acceptable to us,” Trump said on “Mornings with Maria.”

“They’re trying to protect Biden,” Trump said. “Everybody is.”

Biden’s deputy campaign manager Kate Bedingfield said in a statement to news outlets that Biden would participate in the virtual debate. “Biden looks forward to speaking directly to the American people and comparing his plan for bringing the country together and building back better with Donald Trump’s failed leadership on the coronavirus,” she said.

Questions have swirled around holding the debate after Trump contracted COVID-19, the illness caused by the CCP (Chinese Communist Party) virus. The president earlier expressed enthusiasm about taking part, writing on Twitter: “I am looking forward to the debate on the evening of Thursday, October 15th in Miami. It will be great!”

Biden, meanwhile, said on Tuesday that the second debate should be canceled if Trump remains infected.

“Well, I think if he still has COVID, we shouldn’t have a debate,” Biden told reporters in Maryland. “I think we’re gonna have to follow very strict guidelines. Too many people have been infected and it’s a very serious problem.”

“I’m looking forward to being able to debate him. But I just hope all the protocols are followed, what’s necessary at the time,” Biden said.

The president’s White House physician said in a memo Wednesday that the president has been free of symptoms for a full day and that his blood tests show the presence of antibodies for SARS-CoV-2, the scientific name for the CCP virus.

Trump, in a tweet on Monday evening after returning to the White House from the Walter Reed Army Medical Center, suggested he may have developed immunity to the virus, saying, “Now I’m better and maybe I’m immune.”

The president’s announcement that he plans to take part in forthcoming debates against Biden prompted debate organizers to work out contingencies to hold the debate safely.