Democrats Are Waking Up Realizing Their Party
Has Abandoned Them 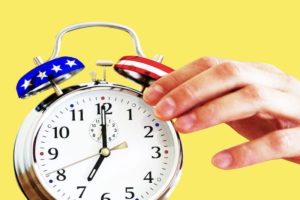 The narrative with the Deep State (DS) and the elites is nearly gone! They’ve tried almost everything… riots, a disease, shutdowns, releasing criminals into the streets.

They’ve already in-so-much admitted a Democratic presidential loss. If they go through with their November 4th cyber attack, they can delay counting. Cyber attacks? Would the Dems really stoop that low?

The Patriots and the President have caught wind of their plan and are completely aware of this. President Trump is always steps ahead of the DS and will have a counter measure in place.

Americans are waking up and are realizing the corrupt politicians don’t have a favorable political agenda for Americans. They want to raise taxes beyond belief, remove ICE, borders and police detail. They want to remove law and order and ultimately, our freedoms. They have abandoned their party for allegiance to China. Listen for it. Once you hear it, you cannot un-hear it.

While President Trump continues working hard, long hours, the Patriots are researching truth, discovering hidden corruption in both camps. The people are waking up!

The mainstream media (MSM) has been looking at their polls and much to their dismay, realize the polls are showing America doesn’t want their country to burn. Figure that!  The media was caught on camera saying it’s their job to tell the people what to think.

With obvious underestimation of the American people, it appears they are surprised to learn that people actually think on their own. Imagine his surprise, when Don Lemon interviewed Jacob Blake’s mother.

Just like George Floyd, Jacob Blake, had a criminal record. The Wisconsin Department of Justice confirmed he was armed with a knife when the Kenosha police officer shot him. Jacob Blake’s own mother came out saying, there should be no riots, that this is something Jacob Blake would not want… she doesn’t want.

Don Lemon interviewed Jacob’s mother asking if she had something to say to our elected officials. She said, “President Trump, first I want to say, our family member, and I don’t know if it was heard or not, said something that was not kind, she is hurting, and I do apologize for that.” 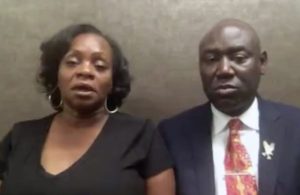 She continued, “Our outburst does not reflect our behavior. I am not mad at you at all, I have the utmost respect for you as the leader of our country, like I said before, I’m not saying this to him directly we should always get the details from the right source before we start throwing  bricks.”

Don Lemon was taken aback by what this mother said. In the depth of her sorrow, even she thought clearly enough to realize America’s greatest need: to unite America.

The President has been applying pressure to Tik Tok, the social media video site which has been under scrutiny in regards to China using it to spy on those who have downloaded it.  Kevin Mayor was brought on the team as CEO, but only after a couple of months, decided to resign.

Is Tik Tok in danger of losing its popularity? We’ll have to see how it all plays out.

The Deep State (DS)/Mainstream Media (MSM) are up to more tricks but most of America is beginning to recognize them. They have announced staffers who worked for George W. Bush, John McCain, and Mitt Romney are all endorsing Biden. Who actually cares who their staffers endorse?

By these staffers coming forward… Thank you! You have outed yourselves and have aligned yourselves with the Swamp! Now we know. And when other Republicans cross over to support the Democratic Party, we now know who the Rinos are. Patriots are very very patient. Patriots are very very patient. We wait, we educate ourselves, we think for ourselves so we are not deceived by their slight of hand.

Ric Grennel stated whistleblowers were silenced when they tried to expose Spygate.

He says, “…and what I saw made me sick to my stomach. The Obama/Biden Administration secretly launched a surveillance campaign on the Trump Campaign, and silenced the many brave intelligence officials who spoke up against it. They presented bogus information as facts, they lied to judges, then they classified anything that undermined their case.”

People actually tried to speak up but when they did, they were silenced! Durham has all the criminal documentation. Durham knows it… Grenell saw it.  If they know it and saw it, Trump knows all!

FBI analyst Brian Auten, McCabe, Comey, Clapper, Obama have all been caught in the largest spying operation in American history! The investigators; Durham, Barr, Huber and others, have all the documented information. When will it all be released…when the very last bit of information is in its place.

Trump wants Biden to take a drug test prior to the Presidential Debate. If Biden accepts the suggestion, what will show up in his system? Perhaps HCQ? Perhaps some kind of dementia medication?

The Deep State cannot allow a drug test so he most likely will get a pass. In fact, they don’t want him to debate Trump either, which might mean a switch out, very soon.

Nancy Pelosi made a statement where she does not think Biden should debate Trump. When was the last time a Presidential debate was cancelled? If COVID is a concern, why not do a virtual debate?

We have no idea what policies Biden supports that will make for a better America. Why does Nancy make it her mission to speak on behalf of Joe? Is there a problem?

The Deep State politicians are in such a panic. They know they’ve committed crimes but what they don’t know is, what does Durham know?

Who will be indicted, next? There have been no leaks.  They are not used to being in the dark but are used to calling all of the shots. Now, they can’t and they are panicked! Indictments are coming and will be revealed in the perfect moment. Trust the plan!

Operation Not Forgotten is an operation which rescues children from trafficking. It was announced 26 children and 13 more were recently rescued. These missing children were considered to be some of the most at-risk and challenging recovery cases in the area based on the high risk factors such as, victimization of sex trafficking child exploitation, sexual abuse, physical abuse, and medical or mental health conditions.

Protesters gathered outside of Buckingham Palace to bring awareness to the Save the Children/Save Our Children  movement bringing awareness exploitation. People are starting to wake up to the horror of child trafficking and the proof is being shown around the world. Since Trump has been reporting human trafficking on the internet, more proof will be shown.

When it is understood who did what to these women and innocent children, the public will be outraged. This exposure isn’t about Democrats nor Republicans. It’s about humanity. You don’t hurt the children!

We all know the riots are taking place, we know people are getting hurt, and now they are getting killed.

In Kenosha, Wisconsin, 17 year old, Kyle Rittenhouse, was tired of seeing his city blow up in smoke while the Governor sat by and watched it happen. He armed up and went to the heart of the riots to see if business owners needed aid in protecting what what rightfully theirs to protect.  Apparently, the MOB didn’t like his presence and began chasing and attacking him.

As they chased him, he tripped and fell, just as the mob smashed a skateboard over his his head. Out of self defense, he shot 3 individuals. 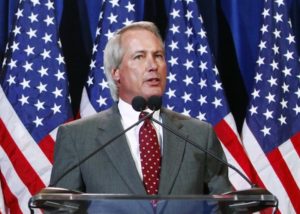 Attorney Lin Wood is looking to represent him. All 3 of these who were shot had criminal records. One was a registered sex offender, one was convicted for burglary, and the other had domestic abuse, strangulation with a dangerous weapon on his record. All 3 were after Kyle and violently assaulted him, so in self-defense, he shot them.

These riotous protesters are criminals. Didn’t many governors release criminals onto the streets during the COVID pandemic? Were the ones who were shot, some of those released?

Lin Wood tweeted out the following, “Thanks to all freedom-loving Americans who responded to requests  for contact information on Kyle Rittenhouse. We’ve connected with Kyle ‘s family and help is on the way!  Kyle will have excellent legal representations. We owe him a legal defense. The Fight Back Foundation Legal Team is heading out to meet with Kyle and his family. Several great local and national loyals have joined the team led by John Pierce. Michelle Maulkin is also hard at work. True Patriots, thanks for your outpouring support…”

The DOJ has deployed more than 200 agents and marshals to assist state and local law enforcement against the rioting in Kenosha, WI with federal resources as necessary. The Governor of WI has finally reached out to President Trump for assistance. Why did it take all this time, and 3 people getting shot for the Governor to respond to the rioting?

Who is controlling the mobs? Who is paying for it? Where did these thugs come from? In WI, BLM support has gone from 25% to zero in just two months!

People saw the burning and the killings. They saw how the governors and mayors looked the other way, saying this is a myth, there are no riots. ‘We don’t see cars being attacked on the highway with children in them,’ but the people did! Now the people are questioning everything the media is reporting!

Once you see it, you can’t unsee it. Statues coming down, businesses being looted and burned, people are seeing it and they are awake.

The mainstream media says [CueAnon] is a violent group. Look at their website; Qmap. Pub. (The space in this link is intentional but not needed in the search engine).

Read the posts. Do you see any violence? Do you see any call for death? Actually, just the opposite. There is a call for unity, for Patriotism, flying your American flag, loving God, country and one another.

When the Corrupt politicians have talked against [Cue], they’ve gotten it all wrong.  [Cue] is a movement, not a terrorist group. It’s not a cult, because there is no leader who tells us what to think nor what to drink.

What is [Cue]? They are an intelligence operation tossing bread crumbs for people to research and to make their own decisions on what they’re seeing, hearing and reading.  That’s it! 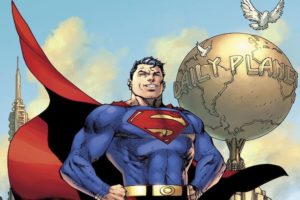 There are no parades, no identity flag other than Old Glory, and there is no looting, burning, mayhem nor instigated violence in any way, shape or form. [Cue] is not a group. It is simply individuals who wish to research and think on their own.

Keep researching for… as Superman put it, “Truth, justice and the American Way!”