Mandated Quarantine Is Really House Arrest, What Was The Crime? 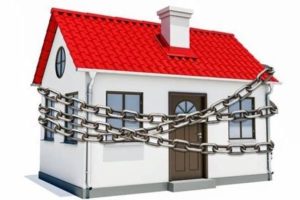 The 4th Amendment: “The right of the people to be secure in their persons, houses, papers, and effects, against unreasonable searches and seizures, shall not be violated, and no Warrants shall issue, but upon probable cause, supported by Oath or affirmation, and particularly describing the place to be searched, and the persons or things to be seized.”

The lock-downs we are seeing in real time was all part of the Deep State’s plan. They have done everything possible to take down our duly elected president but it has failed. Their last attempt of survival is to make certain Trump is not elected again. Their very lives are at stake.

People from around the country feel their rights have been violated. WA states’ Gov. Inslee, is beginning to contact-trace citizens. If someone tests positive, they are mandated to give up names and businesses of where they have been. Restaurant personnel will be required to take customers’ complete contact information in case there is a positive covid result. Isn’t this an infringement privacy?

They will trace every person who was within close proximity, go to their homes and with the aid of the WA State National Guard, will forcibly remove and separate family members, if they do not comply. They will be taken to quarantine camps.

The Fourth Amendment of the US Constitution protect US citizens from tyranny. The corrupt government will continually impose violations if we do not know what our rights are. ‘Armor up!’

CA’s Governor Newsom is threatening Martial Law if citizens don’t comply with shelter in place. .00006925% have tested positive for Covid-19 which means 99.9999931% are forced to remain in lockdown, no business, no life, liberty or pursuit of happiness. The majority of healthy people are being shamed because of the very few who have tested positive.

Tyrannical governors are not trying to decide when people can return to their former lives. They are shaming and guilting people into believing if they do, they will put other people’s health at risk. Are they going to tell us to sell our cars and stop driving, too? Millions of people put others at risk every day on the roads and highways. This is insanity!  Know your rights!

With all this declassified documentation, the DS will clogs the news with fake information to keep the REAL news from getting to the people. This is why they spread fake news, spin news, censor news and even block news. It is very important to visit reliable news websites in case social media giants cut us off.

Judge Sullivan, the judge who denied General Flynn’s exoneration, is part of the DS. He was told to get Flynn on perjury charges. The DS wants Trump to pardon Flynn so they can accuse him of being a dictator. It won’t work.

President Trump often discusses his eagerness for a vaccine. This isn’t necessarily about the vaccine by Bill Gates.  He is very much for natural therapy, HCQ, etc. He tweeted, “…Vaccine work is looking VERY promising, before end of year. Likewise, other solutions!” He is steps ahead of the DS.

The movement is about Patriotism, love for country, exposing frauds. Anyone posing as an Patriot, but displays acts of hate against our US Constitution is counterfeit. We are Patriots. We fight for Freedom, for Liberty and Justice for all!