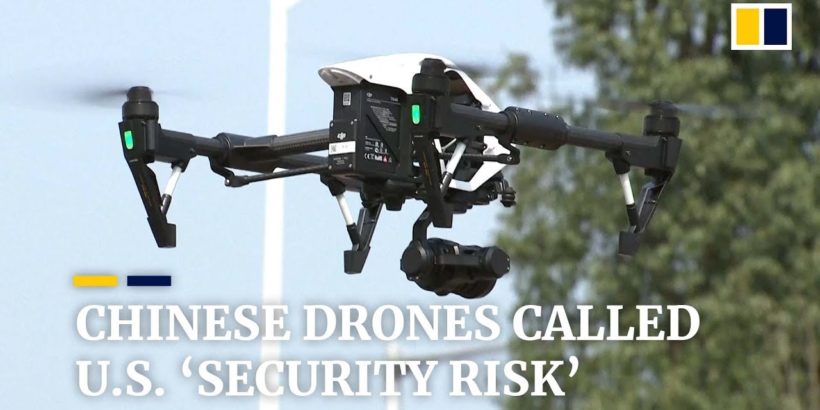 ” Made in China” –  Drones Amid Plandemic

The Coronaviurs “Plandemic” gave the Leftist politicians the convenient opportunity to further advance their New World Order Plan, while stomping on our God-given rights as free citizens of the United States.

Handcuffs  were slapped on citizens for walking on the beach,  and bystanders in NYC were thrown to the sidewalk and handcuffed. A businesswoman thrown in  jail for trying to re-open her beauty salon, and feed her kids.  It’s scary to realize how those in “authority” were so easily tipped into such brutish behavior.

Now I understand how Nazism could take hold in Germany.

And now Chinese DRONES  are being used against Americans. Using Drones to Surveil US Citizens is not acceptable!  Ever.

The fact that we are being controlled by high tech advancements is wretched enough, but then throw in the likelihood of actual Chinese artificial intelligence built into those drones like a spy in the sky over our cities and neighborhoods!

President Trump often mentions the “Invisible Enemy“- not only referring to the assumed coronavirus, but more importantly, the invisible enemy of the advancing Deep State threat of total takeover from within; a well-organized plan being systematically unrolled over time – from within.

This is the most crucial war the United States has ever fought and yet so many citizens remain clueless – all while their rights are being taken away in broad daylight.  What will it take to wake them up? 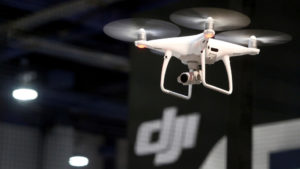 How dare you… use CHINESE drones!? US lawmakers ‘grill’ feds over spying on lockdown-violating Americans

A group of House Republicans has called on federal agencies to shed light on drones used by police across the country to surveil and enforce Covid-19 lockdowns, arguing that Chinese devices could compromise “sensitive US data.”

The 14 GOP representatives, all on the House Judiciary Committee, penned two letters to the Departments of Homeland Security (DHS) and Justice (DOJ) on Wednesday sounding alarms over the drones, produced by Chinese tech firm Da Jiang Innovations, or DJI.

DJI announced in April that it had donated some 100 surveillance drones to police departments in 22 US states to assist with social distancing enforcement amid the Covid-19 crisis, but the lawmakers accused the company of “selectively targeting” both public and private entities to “exploit sensitive US data.” Citing a DHS report from last year – but notably no evidence – the 14 reps also warned that Chinese-made drones in general present a “potential risk [to] an organization’s information.”

Congress and a number of federal agencies have voiced similar concerns about the drones before, with the Department of the Interior banning all non-emergency flights for its fleet of DJI devices in January, while the 2020 National Defense Authorization Act (NDAA) prohibited all branches of the US military from buying or using the company’s drones.

Requesting a response by May 27, the lawmakers asked both departments to explain their stance on DJI devices, whether any agency is keeping tabs on how police departments have used them and what rules are currently in place for the devices.

The inquiries came soon after the Senate rejected a proposed anti-surveillance amendment earlier on Wednesday, which would have limited law enforcement’s ability to snoop on American citizens and search their internet records without a warrant. One additional vote in favor would have given the amendment the three-fifths majority it needed to pass, but it was ultimately struck down.

With Covid-19 containment measures and stay-at-home orders still imposed in dozens of states, police and state governments have resorted to stepped-up surveillance, both to punish lockdown violators and trace coronavirus contacts. In New York and Washington, thousands of “contact-tracers” have been hired and effectively deputized to root out the infected, some vested with the power to order individuals to stay in their homes.

While waxing dire about the threat posed by alleged Chinese spy drones, the lawmakers’ letters made no mention of the scale of intrusive surveillance on US citizens by their own government.