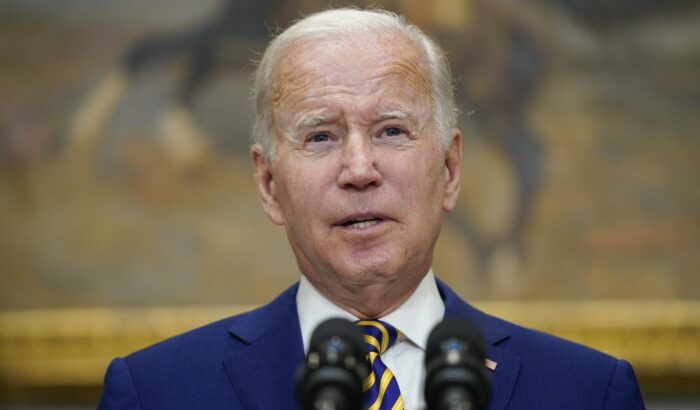 Tens of millions of Americans across the country are now eligible to apply for student loan cancellation under President Joe Biden’s loan forgiveness plan despite a number of lawsuits opposing the scheme.

Biden announced the launch of the official application site at StudentAid.gov on Monday after a “beta” test version of the site was rolled out over the weekend.

“Today, I’m announcing millions of people, working and middle-class folks, can apply to get this relief. And it’s simple and it’s easy, it’s fast,” Biden said in remarks delivered from the South Court Auditorium of the White House. “You’ll be able to fill out your name, Social Security number, date of birth, and contact information. No forms to upload. No special log-in to remember. It’s available in English and in Spanish, on desktop and mobile.”

Biden said the application will take “less than five minutes” to complete and will be a “game changer for millions of Americans,” noting that it took an “incredible amount of effort to get this website done in such a short time.”

Biden announced in August that he plans to cancel up to $10,000 in student loan debt for individuals making less than $125,000 a year, or as much as $20,000 for eligible borrowers who were also Pell Grant recipients.

An update on Sept. 29 states that borrowers who have federal student loans that are owned by private entities and not by the Department of Education will no longer qualify for the relief program.

Borrowers have until Dec. 31, 2023 to submit an application.

The White House said on Monday that over 8 million borrowers had already applied for loan forgiveness through the beta version of the website “without a glitch or any difficulty.”

“We had over 10,000 people contact the White House and be—either send us letters or calls thanking us,” Biden claimed.

His comment’s come as a number of Republican-led states and business groups filed a lawsuit against the loan forgiveness plan, which comes in the midst of soaring inflation, contesting that it is illegal.

Last week, the Job Creators Network Foundation Legal Action Fund, a small-business advocacy group, became the latest group to file suit against Biden’s plan, arguing that it is counterproductive, inflationary, and that it is in violation of the Administrative Procedure Act’s notice-and-comment procedures through which the administration should have sought the public’s input or comment on the program.

Addressing the mounting lawsuits on Monday, Biden told reporters: “Republican members of Congress and Republican governors are trying to do everything they can to deny this relief, even to their own constituents. Their outrage is wrong and it’s hypocritical.”

The administration has said the Higher Education Relief Opportunities for Students (HEROES) Act of 2003, grants the Department of Education the authority to cancel so much debt for so many people, citing the COVID-19 pandemic.

Around 43 million people are eligible for relief under the loan forgiveness plan, administration officials had previously said.

Borrowers in the United States owe a collective nearly $1.75 trillion in federal and private student loan debt as of the second quarter of 2022, according to data from the Federal Reserve Bank of St. Louis.

The Congressional Budget Office, a federal agency, estimates the student loan relief plan will cost the federal government more than $400 billion over the next 30 years.