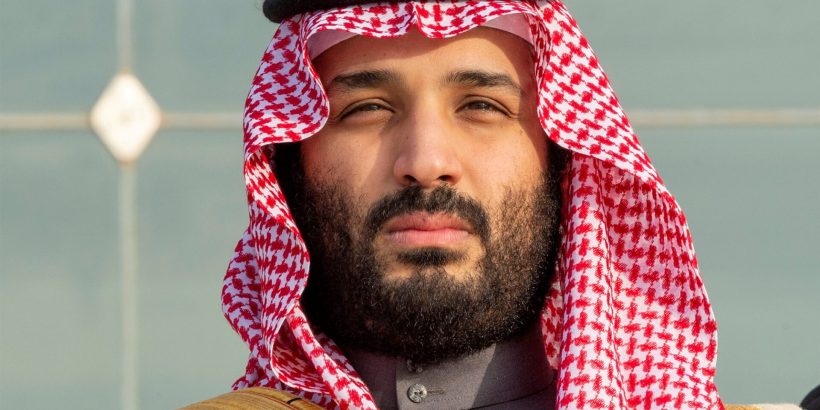 The trip represents an about-face from the president who campaigned in 2019 on making the Saudi state out to be ‘the pariah that they are.’

President Joe Biden landed in the Middle East on Wednesday with high hopes for his first visit to the region as commander-in-chief. The agenda included revitalizing a nuclear deal with Iran, pursuing peace in Yemen, and desperately pleading to the Saudis for increased oil production.

While the Biden administration has sought to throw cold water on claims that his first trip to the Arabian Peninsula is an effort to produce more oil, the president himself nearly said as much in The Washington Post. In justifying his upcoming visit with the Saudi crown prince — the same prince the U.S. government says is responsible for the execution of Post journalist Jamal Khashoggi — Biden explained that the nation’s “energy resources are vital for mitigating the impact on global supplies of Russia’s war in Ukraine.”

“This trip comes at a vital time for the region, and it will advance important American interests,” Biden wrote. Presidential pleas to ramp up oil output are an open secret, after repeated calls for increased production were rebuffed by the Arab nation.

The trip also represents an about-face from the president who campaigned in 2019 on making the Saudi state out to be “the pariah that they are” over Khashoggi’s killing the year before. Now Biden writes in the same publication for which Khashoggi worked, “From the start, my aim was to reorient — but not rupture — relations with a country that’s been a strategic partner for 80 years.”

The reality is that Biden is desperate to find global oil reserves ready for market consumption after 18 months spent shutting down American production. From his first day in office, Biden has followed through on his signature campaign pledge to “end fossil fuels.”

Within six months of his inauguration, Biden shut down the Keystone XL Pipeline, killed plans to drill in the Arctic National Wildlife Refuge, and canceled oil and gas projects nationwide with an illegal suspension of new leases on federal lands. Even though the administration has resumed the oil and gas program under the Department of the Interior, the suspension lasted 18 months. Its return featured an 80 percent drop in available acreage and a 50 percent spike in royalty fees, all while White House officials promised to resist new leases.

As the administration placed blame for rapidly rising oil prices on the Russia-Ukraine war in May, the Interior Department canceled even more drilling projects from Alaska to the Gulf of Mexico.

The persistent animosity toward U.S. oil and gas producers has been enough to chill Wall Street investment in the capital- and labor-intensive industry. The suppression of output due to this lack of capital now has Biden begging overseas nations to save the global economy from the entirely self-inflicted crisis of an energy-induced recession. Unsustainably high energy prices are fueling a new era of inflation that’s rising at a 40-year high and growing worse, according to new numbers out from the Department of Labor on Wednesday. A trip to Saudi Arabia, however, is unlikely to do the trick.

“[The] Saudis can increase by 150 [thousand barrels per day] — maybe a little bit more. But they don’t have huge capacities before six months’ time,” Macron said on the sidelines of the G7 summit in Germany.

A Bloomberg analysis published on Sunday confirms Macron’s warning of slim capacity in the Middle East.

“Saudi Arabia and the United Arab Emirates are the only members of the Organization of Petroleum Exporting Countries [OPEC] with significant volumes of unused output. Together they currently have a buffer of about 3 million barrels a day, official data from the countries indicate,” Bloomberg reported. “That’s about 3% of global oil output. … But the margin of emergency supplies could be even narrower than official figures indicate.”

“The obvious thing for Biden to do is massively ramp up oil and gas production in the U.S. both for domestic use and export,” environmental author Michael Shellenberger explained in a Substack post. “It would be a win for American energy firms and workers, as well as for our allies in Europe and Asia.”

Biden, however, has refused and instead opted for a trip to the Middle East after his “unprecedented” releases from the U.S. emergency petroleum reserves have failed to keep gas prices from reaching record highs. Last month, the nationwide average for a gallon of regular unleaded eclipsed $5. American firms, meanwhile, are struggling to cope with high electricity prices as they near new peaks, according to the Energy Information Administration.

Nearly 1 million barrels from the emergency stockpile landed in China after the Biden administration hampered U.S. refining capacity. While shutting down leases for new drilling operations this spring, the president also blocked a permit for a major refinery in the U.S. Virgin Islands in March.

A visit with the crown prince of Saudi Arabia has become an option of last resort for a president desperate to bring down energy prices ahead of the fall midterms. The November elections are already expected to favor Republicans in a cycle that’s historically hostile to the party in the White House, especially in an environment where the president has a 39 percent approval rating.