Why Interfere With The Enemies When They Are In
The Process Of Destroying Themselves? 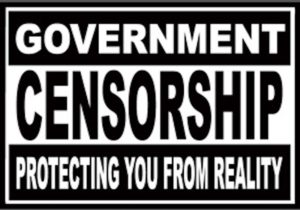 Consider for a moment what the Deep State has done to keep people in fear; to continually push masks, to print a fake report on HCQ through the ‘The Lancet,’ without any proper clinical trials being done.

Think of how those COVID death tallies were skewed, stating people died from COVID, when in fact their death was due to a pre-existing condition or an unrelated accident. We’ve heard the stories. We’ve read the reports.

Because of all this deception, our lives have been forever altered, some destroyed, some terminated. Some peoples’ businesses have closed, others are on life support. Some people passed away in nursing homes while others, under the duress, took their own lives.

The Deep State/corrupt politicians/mainstream media were all in cahoots with this scheme. They planned it, they executed it, now with law and order, they …will …pay!

With the protests happening, our televisions told us they were peaceful, yet in almost every Democratically run city, pallets of bricks were strategically placed on the sidewalks. The media stated adamantly, there were no riots, but underground video footage showed otherwise.

The Patriots knew what was really happening, but they needed Americans to see where the corruption was coming from. They had to be shown. Law and order is supposed to be the position of the governor and mayors of each state, and is not the responsibility of the White House. Trump and the Patriots wanted Americans to understand this…and they are.

The Deep State/corrupt politicians/mainstream media are now trying to shift the blame onto Trump calling all this chaos, Trump’s America. Will people believe it? Some will, but most will not. Most are seeing things that do not add up and are now asking, ‘Why?’ This is very good!

Finally, a Director of National Intelligence who is in the driver’s seat! 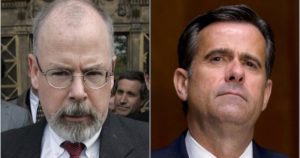 Ratcliffe has seen it all, and the DS is trying to get ahold of the narrative that they lost. They think if they leak information and the media can spew the lies, they can regain their power, but it won’t work. Dan Coates is not the acting Director of National Intelligence anymore, John Ratcliffe is and he has been tracking these leakers and he has filed many reports against these individuals.  He needs to catch them red-handed.

Additionally, Ratcliffe is mandating any information conveyed to Congress, leading into the Presidential election, must be done through written finished intelligence products.  The Dems won’t like this because they won’t be able to leak anything out. This way everything is documented. Will this stop the leaks? Ratcliffe believes so.

Ratcliffe plans on declassifying more Trump/Russia documents by coordinating with John Durham.  Did the FBI have proper authority to begin a counter intelligence investigation in the first place? John Durham will soon answer this. Ratcliffe is coordinating with Durham to make sure he has the important documents that he needs to do his work. It’s not gonna be very pretty for those who have committed crimes!

President Trump is going to bring the military home from Iraq, Afghanistan and other countries where the DS has been pushing these endless wars.  They needed to keep selling the oil, using the petrodollar to keep their system alive. This is why they went into Libya. Muammar Gaddafi didn’t want to use the petrodollar so they had to get rid of him.

Trump understands if he gets rid of all of this, it will help him transition into a sound money system and will create a crisis. What better way to remove the entire economic system, than to have some sort of crisis and blame it on the central bank! This is what the Deep State has been doing for years… create a crisis and blame it on someone else. Trump is simply going to return the favor.

Did you know in Boston, they have made flu shots mandatory? People are getting angry. They are out in the streets showing they don’t agree with the masks, the lockdowns, the mainstream media, the CDC, etc.

When the government tells a U.S. citizen what they must put in their body, this becomes communism.

The DS thought the riots would cause the people to join the movement. They did in the beginning, but now we are seeing the people are against the movement and are joining the Trump-train. Boomerang!

How will this flip-flopping impact their campaign?

The Russia Hoax is dead. America has moved on but Adam Schiff is still trying to push it saying these riots are being caused by Russia! It’s an old narrative, it won’t work. Biden, Pelosi and Schiff are all blaming this on Trump. Now the DS is split. A house divided against itself cannot stand. Can someone please stick with one narrative?  It’s getting so confusing!

Trump keeps telling all the governors and mayors that if their city needs help, to reach back and he will call in the National Guard. They all pretended rioting and violence did not exist.

Furthermore, the Mayor of Portland, Ted Wheeler, wrote President Trump a letter declining his offer, then gave a press conference stating, “We should all stand against violence.” Funny how he has not stood against violence for weeks and weeks and continues to allow rioting in his city.

Then when a Trump supporter was shot and killed on his streets, he had the audacity to say, “Mr. President, …  It’s you who has created the hate and the division…” What does Trump have to do with their chants of ‘Death To America?’ Trump didn’t create this.

The Deep State hates Trump, America, God and anybody who will try to get him reelected. Wheeler is allowing this violence in the streets. Trump wants to stop it. Wheeler declined Trumps offer to help, yet he blames Trump for the violence. These people allow the deed then cast blame for it. They want you to agree with them and when you don’t they punch you in the face, or worse. They are angry and violent. They are fascists.

Remember, Trump has been preparing for this. He has been replacing hundreds of federal judges in these cities where there is violence, looting, burning, killings. What happens when these judges get to do what they were appointed to do? There will be law & order.

The Silent Majority is silent no more! They are coming out peacefully, letting the DS know we are here.

In Berlin Germany, the shot is being heard around the world. People were in the streets holding patriotic signs, one of which read: “Please Mr. President, make Germany great again.”  We are seeing this more and more around the world and not just in our country.

They want us divided. They push race wars and religious wars. They want political wars by using political leaders.  They use the media and Hollywood. They defend ANTIFA, MS-13 and the destruction of our borders. They promote hate, violence, economic decline. Public shaming against those who challenge is all too common.

They know what is coming. It’s more clear now. They have always been hidden in the swamp and now that the light is being shed on them, they are panicked!  We have more power than we realize. Power belongs to the people. This is what President Trump is fighting for.

The CDC quietly lowered their COVID death percentages. Before, they said around 94% of the people who contracted COVID died, but this updated change says only 6% of all coronavirus deaths were related to the coronavirus, alone…SIX!  After reviewing the cases, it was determined the causes of death were always listed as COVID even if they died of another illness or an accident. In simple terms, there were only 9,210 actual COVID deaths, that is .16% of confirmed cases. 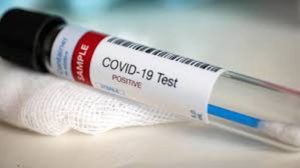 Family members pushed back when they saw the fakery and held the hospitals accountable. Patients pushed back when their test results came back positive, yet they had declined the test to begin with. Case after case, people were seeing reported inconsistencies and called them out. What do we do now? We spread this deceit like wildfire.

COVID-19 will go down in history as one of the biggest scams on the American people, with job losses, suicides and business closure.  They were reporting false positives, to keep the pandemic alive, but it is dead.

This event has pushed the Swamp into the light. Share the great deception!

As it stands, the manipulation has been exposed and now all that is left is chaos which has nearly mutated into a Civil War. This was their overall plan.  How does a nation prevent a Civil War… when indictments are unsealed.  Law and Order!

One thing they didn’t count on.. that she would lose. They are running scared. they are losing control. We knew this day would come. Dark to light. We stand for what we believe in. Courage, together! God Bless America!