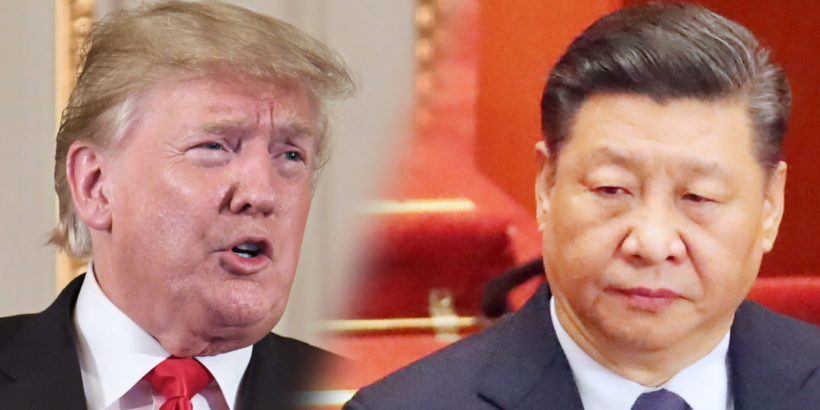 Global Anger Now Focused on The Chinese Communist Party, and  rightly so…

Wuhan people are waiting for the 14 days’ quarantine arrangement after they arrived at Beijing, China on April 8, 2020. (Kevin Frayer/Getty Images)

BY JACK PHILLIPS
Missouri Attorney General Eric Schmitt is suing the Chinese Communist Party (CCP) for what his office said were actions to suppress information related to the pandemic in December.

The suit, filed in the U.S. District Court for the Eastern District of Missouri, claims Chinese authorities’ actions led to harsh effects and deaths in Missouri, Schmitt said on Tuesday. His state is the first to take legal action against the CCP amid the pandemic.

“During the critical weeks of the initial outbreak, Chinese authorities deceived the public, suppressed crucial information, arrested whistleblowers, denied human-to-human transmission in the face of mounting evidence, destroyed critical medical research, permitted millions of people to be exposed to the virus, and even hoarded personal protective equipment (‘PPE’)—thus causing a global pandemic that was unnecessary and preventable,” reads the lawsuit.

It alleged that CCP officials in December kept serious evidence of human-to-human transmission of the CCP virus, a novel coronavirus that causes the disease COVID-19, away from the World Health Organization (WHO) until Dec. 31. And when the Chinese regime did tell the WHO about the epidemic, which was centered in Wuhan, they denied there was human-to-human transmission.

The virus has “done irreparable damage to countries across the globe, causing sickness, death, economic disruption, and human suffering,” Schmitt said, adding that the “impact of the virus is very real” in Missouri, leading to thousands of infections and numerous deaths.

“Families have been separated from dying loved ones, small businesses are shuttering their doors, and those living paycheck to paycheck are struggling to put food on their table,” the state attorney general said. “The Chinese government lied to the world about the danger and contagious nature of COVID-19, silenced whistleblowers, and did little to stop the spread of the disease. They must be held accountable for their actions.”

It has been known that by at least mid-December, Chinese authorities were aware of human-to-human transmission in Wuhan. Yet, the regime didn’t make this admission until Jan. 20 after around 5 million people had left Wuhan.

And it wasn’t until Jan. 23 when CCP officials implemented the first containment and quarantine measures for Wuhan and Hubei Province.

Missouri’s lawsuit represents a growing chorus of critics of the CCP’s response and coverup of the virus outbreak.

Australian Foreign Affairs Minister Marise Payne said an independent investigation is necessary into how China dealt with the outbreak. “An independent review would identify for us about the genesis of the virus, about the approaches to dealing with it, and addressing it, about the openness with which information was shared” by the WHO, she told the Australian Broadcasting Corporation.

Two Republican senators, Marsha Blackburn of Tennessee and Martha McSally of Arizona, announced they would allow Americans to bring lawsuits against the CCP.

“China’s Communist Party must face consequences for its role in the origin and spread of the coronavirus,” said Sen. Marsha Blackburn (R-Tenn.) in a press release on Monday.