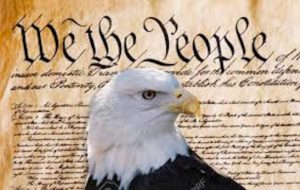 The Constitution is the law of our land! Nothing, not even a pandemic is above this law. At every turn, President Trump is exposing the Mainstream Media (MSM) for continually spinning the narrative. Their reporting seems to have a masked agenda.

Russia collusion, the impeachment hoax, Spygate… these will come back to haunt the media. Trump has every report, video, and MSM publication and is exposing false reporters, such as Maggie Haberman. She isn’t the only one.

The top heads of the FBI and CIA knew certain documents were proven to have been changed, omitted, and covered up to make Trump look like a criminal. Schiff hid his lies behind the MSM for years until John Huber exposed it. Espionage is treason! The Punisher is bringing down the hammer.

The FBI, Dems, Deep State, and fake MSM, worked hand in hand to take down Roger Stone, Paul Manafort, General Flynn, and others. They never thought Trump would still be president and their evil plots exposed.  These are dangerous people. The investigators are being investigated and the tables have turned.

Former President Obama gave orders at least twice, to start a spy campaign against Trump planning to remove him if he won. The Trump Administration has those documents and are going after him for treason. Will we learn of his true origin of birth when he declares Kenyan citizenship in order to flee his conviction? Time will tell.

Trump knows the Constitution and is exposing all these traitors, power-hungry governors and corrupt heads of business. To ban the practice of religion, the right to protest, to ban walks, and to mandate pink wrist bands in order to buy food, as is the case in Montana County, is grossly unconstitutional.  Guidelines are put in place to protect us, not control us. Our socialist and communist-minded governors are being fully exposed. 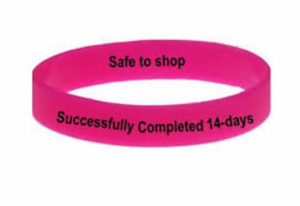 The Deep State continues to destroy our economy by restricting our God-given liberties.  Exposure and resistance is vital to our country’s survival. This is more than a four year election…and in November, the American people will band together.