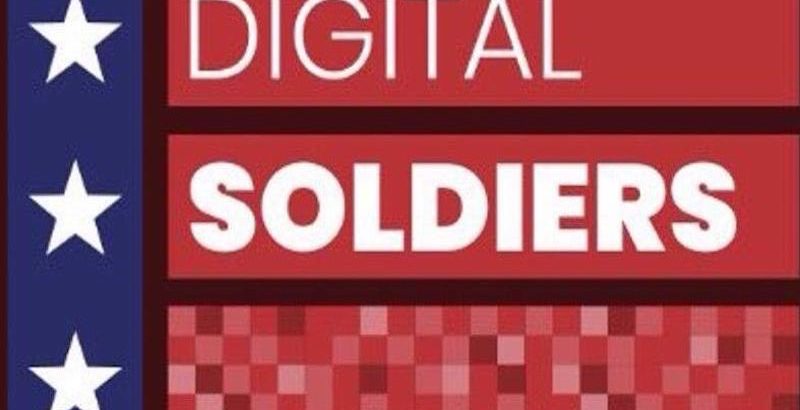 The Nudge Is Simply Too Tempting To Pass Up 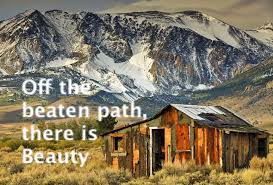 President Trump and the Patriots have been leading the Deep State (DS)/ Mainstream media (MSM)/ Corrupt Politicians off the beaten path. Many people are wondering if things are happening but Anons know they are. Why interfere with an enemy when he is in the process of destroying himself?

Trump and the Patriots nudge the DS in the direction they want them to go and to our delight, they are following.

Joe Biden picked Kamala Harris to be his running mate. If he is removed, can she run for President? Kamala Harris cannot become President of the United States because neither her Jamaican-born father nor her India-born mother were U.S. citizens at the time of her birth. This means, even though Kamala was born in California, she is not a natural-born American, but a native-born American. (Article 2; Amendment 12) She is able to serve as a senator but not a president.

The Founding Fathers understood this and set in stone the seriousness to protect our land against foreign interference. The Trump campaign is investigating Kamala to decided what type of citizenship she has so there will be no question, should she continue on this path. What other person’s citizenship has been in question? Barack Obama!

Judicial Watch has been requesting former FBI Director, Andrew McCabe’s text messages, so they can finish their investigation. There are 150 text messages, 5,696 e-mails which will be quite damaging to McCabe’s narrative.

The DS’s complete plan was to keep the country locked down until November.   The DS is pushing funding for the USPS so it gives people another reason why they must vote by mail. Trump is countering their ability to use mail-in voting with the country opening back up.

Anything of value being shipped or mailed is sent with a tracking number. With our ballots being of utmost importance, why is there not a tracking number on them so we can ensure it arrives at it’s legal destination in a timely manner? In our country, 46 million ballots will be mailed out to people who are not expecting them plus 51 million absentee ballot applications. Ballot harvesting will be huge!

Q told us we would be seeing some of the trafficking photos, but not all of them. Once they are seen they cannot be un-seen. Those we have put our trust in have deceived the masses by using their religious cloth to cover their sins.

On the Weiner Laptop, when the NYPD reviewed it, they had to look away.  Some ended up vomiting and needing therapy for what they viewed. This stuff will be made public, but we won’t see everything, just enough. Brace yourself. The people can’t just be told, they must be shown.

After 49 years, the historic moment of Israel and the United Arab Emirates will fully establish their political relationship. 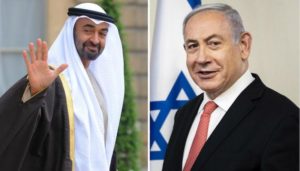 Joe Biden is really making himself look horrible. He actually claimed that Trump alienated the relationship with our allies but in truth, he created yet another peace deal. ‘Experts cried’ that moving Jerusalem would prove disastrous but they were wrong… again. The DS doesn’t want Trump to end the endless wars. They never did.

Ric Grenell tweeted out the following: “I have waited a long time to have a Republican President who doesn’t start wars, brings U.S. troops home, and still delivers Peace deals.”

The MSM had no idea about this deal. There were no leaks which proves the Patriots are in control.

Biden and Harris are pushing for a mandatory mask mandate. They didn’t explain why, they just dictated, along with many governors and mayors. Trump is allowing us to see the DS’s true agenda. They don’t give a reason, they just expect us to comply. However, have done their research and are still waiting for documentation stating masks stave of viruses.  Nov 3rd cannot come soon enough! 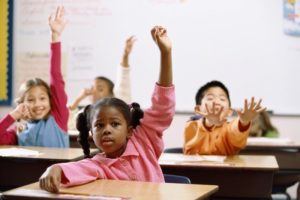 Trump wants kids back into their classrooms. It will allow parents to get back to work which will open up the economy.  Kids need their routine. Parents need their paychecks and health insurance.

Trump has been talking about vaccines and therapeutics. People are afraid Trump will make the vaccines mandatory but he already said he would not do this. He awarded a contract to Moderna for vaccines but we have to look at the optics of all this.

Operation Warp Speed is about quickly creating a vaccine and/or a generic medication? If there is another way to cure the disease, do you need a vaccine?

The Director of National Institute of Health said in a recent CNN article, “Politically motivated approval of coronavirus vaccine cannot happen, it’s not safe right before an election.”  Did he just  push therapeutics? Trump is always steps ahead. The DS mission is to stop people from going to the polls.  Vaccines may not get to be safely tested but one thing has has been…HCQ. Brilliant Mr. President!

There have been over 50 confederate monuments that were pulled down this year. In 2019, there were only 16 monuments removed. Most people are rejecting the removal of our history but the Dems wants us to forget. If we know our history then we won’t repeat the corruption. This is what they fear.

All of the major league teams, have players who kneel during the National Anthem.  During the MLS game in Texas, while the National Anthem was being performed, their players knelt. The fans were so disgusted, the teams were booed. People are not behind the kneeling… the silent majority speaks! 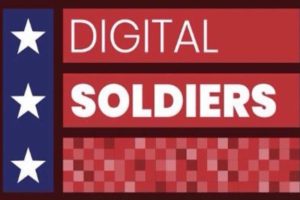 Over the past few years, Anon’s recognize when General Flynn changes his Twitter background, we know it is a call to action.  ‘Digital Soldiers?’ Everyone get ready… prepare!  The Patriots are striking back!