COVID-19 is a man-made virus.  Is Dr. Fauci directly responsible for this pandemic?

President Trump states that WHO has been scaring the world’s population based on false data.

The White House along with Jerome Adams Surgeon General, announced that the World Health Organization (WHO) and CDC model have been dropped, and they are now working with real numbers.

“Chimeric” refers to a “Gain of Function” study and research – to take something already harmful – mutating it, genetically modifying it –  to make it more harmful, more virulent, more resistant. 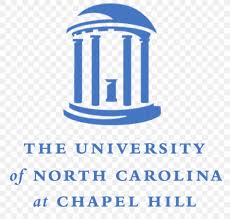 2015 – A Chimeric version of Coronavirus was developed at North Carolina University, Chapel Hill,  and published in Nature Magazine

The lab started with the SHC014 strain of the coronavirus, then added the “backbone of the SARS virus”, inserted HIV and Mers orthologs to make it more virulent, more detrimental.  This was the birth of the COVID-19 virus.

“There is no justification for this kind of research”, states Dr. Rashid Buttar. He further states that Dr. Fauci created this COVID-19 virus, broke the law,  and used taxpayer money to make it happen.

$3.7 million dollars was transferred to China, at Dr. Fauci’s directive.  The National Institute of Health (NIH) transferred the research to China. WHY?

According to Dr. Buttar,  Fauci ignored the moratorium of 2014, and funded the research that led to this COVID-19 virus.  Illegally.

Then in 2017, Fauci stated at Georgetown University, that there would be a pandemic in 2019-2020, during President Trump’s term.“There will be a surprise outbreak”.  – see video clip!

How did HE know there would be a pandemic?

So here we have Dr. Fauci, colluding with a foreign government –  under the Obama administration – funding Coronavirus studies at a Wuhan Lab – with our money.

(Dr. Fauci is “suspect”, to say the least, yet we see him at President Trump’s side daily.  Could this be a case of “keeping your enemies close”?)

President Trump is demanding accountability on multiple fronts surrounding this pandemic.  WHO has much to answer for concerning the handling of this COVID-19 health crisis. This is only the beginning….

In this video, Dr. Rishad Buttar is so consumed with giving solid information that his racing words can barely keep up with his racing brain!

Watch this riveting video!  It will open your eyes – further!

Office of the Press Secretary
For Immediate Release
April 15, 2020

“I will never hesitate to take any necessary steps to protect the lives, health, and safety of the American people.  I will always put the well-being of America first.” – President Donald J. Trump

INVESTIGATING THE WHO’S FAILED RESPONSE: The WHO’s response to the coronavirus outbreak has been filled with one misstep and cover-up after another.

STRUCTURAL ISSUES AND NECESSARY REFORMS: The WHO has longstanding structural issues that must be addressed before the organization can be trusted again.