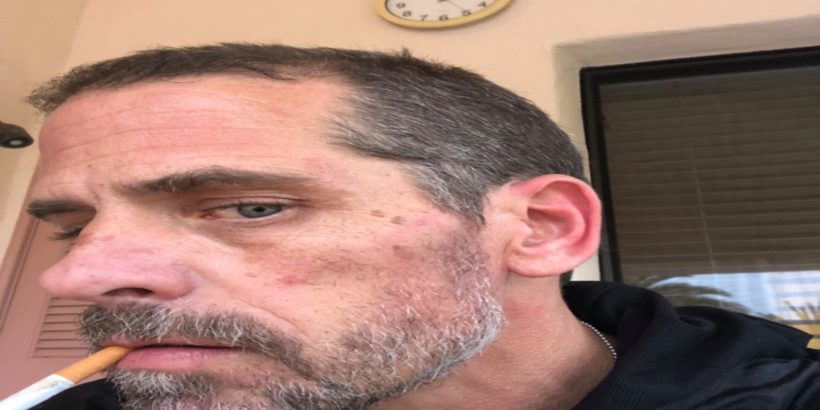 Among the deluge of explosive claims tucked inside the new Senate Republican report about Hunter Biden’s business dealings is the allegation that the Democratic presidential nominee’s son has a history of paying Russian or Eastern European women linked to sex trafficking.

While the 87-page report, which was released on Wednesday, provided few specific details regarding the allegation, it pointed to a number of Russian- and Ukrainian-connected transactions.

“Hunter Biden paid nonresident women who were nationals of Russia or other Eastern European countries and who appear to be linked to an ‘Eastern European prostitution or human trafficking ring,’” read the report from the Homeland Security and Governmental Affairs and Finance Committees.

The GOP report did not link Biden in any way to trafficking but suggested that he potentially paid prostitutes, presumably without knowledge, who may have stemmed from such rings. 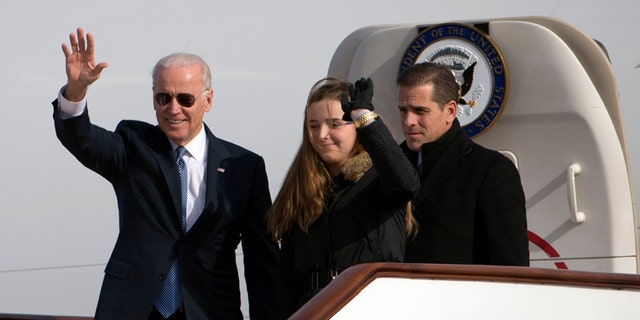 But the report also said it could not confirm the allegations. In an interview on a radio show this week, the Senate Homeland Security Committee Chairman Ron Johnson acknowledged “we don’t have a great deal of information on it.”

The report described several scenarios: “Records on file with the Committees do not directly confirm or refute these individual reports. However, they do confirm that Hunter Biden sent thousands of dollars to individuals who have either: 1) been involved in transactions consistent with possible human trafficking; 2) an association with the adult entertainment industry; or 3) potential association with prostitution. Some recipients of those funds are Ukrainian and Russian citizens.”

The Biden campaign did not comment to Fox News on the allegation. But earlier in the week, Biden campaign spokesman Andrew Bates blasted the investigation into Hunter Biden’s business history, claiming Republicans were pursuing a “conspiracy theory” with the probe.

Hunter Biden has admitted to personal struggles in past years, including addiction and problems with his marriage.

According to multiple experts who specialize in investigating and halting sex trafficking globally, webs that emanate from Eastern Europe are among the most brutal and barbaric in the treatment of victims.

“Sex trafficking is a serious problem we face today. Organized crime is drawn to it because it is highly profitable, and unlike other sources of revenue such as guns or drugs, one victim can generate recurring revenues for the organization over time,” Zack Smith, a legal fellow at the Heritage Foundation, told Fox News. “If there is a suggestion of potential sex trafficking, further investigation may be warranted. If someone patronizes a victim of sex trafficking, they are participating in that person’s victimization and are likely helping to fund further victimization and criminal activities.

“As can be expected, violence, drugs, money laundering, and more are often associated with those engaged in organized sex trafficking,” Smith said.

But that is merely the tip of the iceberg, he said.

Air Force Lt. Col. Rudolph Atallah, a former adviser in the U.S. Office of the Secretary of Defense and now CEO of White Mountain Research – which focuses on foiling foreign trafficking rings – told Fox News that much of the revenue from sex trafficking in the Eastern bloc ends up funding organ harvesting farms and terrorist groups across the Middle East.

Atallah also pointed out that the vast majority of rings are operated by wealthy oligarchs in the region who “don’t even think twice” about any implications beyond the billions made from such a “side business” per year.

“A lot of these networks are really nasty criminals, and what they do is heart-wrenching,” he said. “Most of the victims are young, poor, kidnapped or refugees – they might be looking for jobs in other countries, and these networks take them in, take away their passports, and then it’s almost impossible for them to get out.”

Tony Schiena, chairman of the MOSAIC security and intelligence group and founder of HumanSlavery.com, which endeavors to draw attention to these inhumane international enterprises, concurred that many organized crime syndicates – as well as terrorist organizations – now also focus on human trafficking as a revenue source, and specifically turn to wealthy western types to further fund their illegal activities.

“Human trafficking always needs further investigation,” he said. “The syndicates are powerful and well-funded, and mostly they are ruthless.”

Trafficking in human beings, which is defined by the European Commission (EC) as “the buying and selling of women, girls, men, and boys,” is characterized as having “hugely deleterious consequences for individuals, society, and the economy.”

The EC’s 2018 report, which draws on data from 2014 through to 2016, notes that “sexual exploitation is the most common form of exploitation, accounting for over half (56%) of registered victims of trafficking in human beings.

Around three-quarters of those suspected, prosecuted, or convicted for trafficking in human beings are male. Suspects were 71% male, those prosecuted were 75% male, and those convicted were 71% male throughout the 2015-2016 time period.

On Thursday, Jim Jordan – ranking member of the United States House Committee on the Judiciary – sent a letter to FBI Director Christopher Wray questioning whether the bureau has taken any steps since the report was unveiled on Wednesday, and in particular raised the notion that Hunter Biden had “allegedly sent ‘thousands of dollars’ to individuals involved in human trafficking and organized prostitution” and questioned whether the FBI was probing the matter further.

“The report by Chairman Johnson and Chairman Grassley shows that the FBI has been aware of some alleged misconduct for years,” Johnson wrote.

A spokesperson for the FBI confirmed to Fox News that they had received the letter but declined any further comment.

The personal and professional pursuits of Hunter Biden came under increased scrutiny over the past year amid the impeachment inquiry and trial involving President Trump and charges of misconduct in his dealings with Ukraine and suggestions that he pressured Kiev to investigate the Biden family’s business interests and subsequently withheld military aid.

Hunter Biden, despite no specific experience in the oil and gas industry, joined the board of Ukrainian energy firm Burisma in April 2014. At the time, his father and then-Vice President Joe Biden was at the helm of U.S.-Ukraine relations and policy for the Obama administration and was tasked with stamping out corruption between the private and public sectors.

The report additionally stated that several Obama officials “knew” as early as 2015 that Hunter Biden’s position on the board of Burisma was “problematic” and that it interfered “in the efficient execution of policy with respect to Ukraine,” but that efforts by officials to address anxieties fell “on deaf ears.”

Trump was ultimately acquitted on both articles of impeachment – obstruction of Congress and abuse of power – in February.

Moreover, the impeachment spotlight has also drawn national attention to more nefarious aspects of Hunter Biden’s life too – ranging from a history of cocaine use, which resulted in him being kicked out of the Navy Reserve in 2014 and raised questions over how he received an age waiver to join in the first place, to his relationship with the widow of his deceased brother, to an affair with a stripper in which he ended up fathering a child and last year became embroiled in a court battle concerning child support.

Yet dubious and potentially criminal foreign dealings at Hunter Biden’s behest continue to gain momentum, just weeks away from the hotly-contested 2020 Presidential campaign, of which Joe Biden is the Democratic nominee.

Johnson, R-Wis., and Finance Committee Chairman Chuck Grassley, R-Iowa, said “there remains much work to be done” in their probe, and it remains to be seen if the preliminary findings will have any negative impact on Joe Biden’s final stretch ahead of the November showdown. 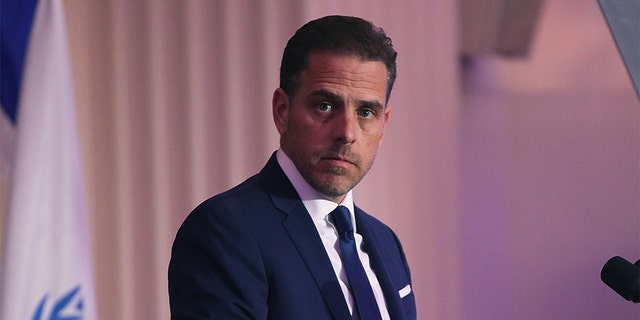 Yet others contend that even in light of the trafficking suspicions, the report essentially exonerates the Biden family.

“The republican inquiries found no wrongdoing by the Bidens. The report rehashes unproven allegations,” surmised Kelly Hyman, a federal trial attorney, and senior political strategist. “There are no smoking guns. There was no evidence of improper influence or wrongdoing.”

A representative for Hunter Biden did not respond to further requests for comment, but both father and son have previously denied any wrongdoing related to Hunter’s work abroad. A source involved in the campaign emphasized that the report has no sources or legal verification, and that the “bi-partisan” report has been widely dismissed even by members of the Republican Party.