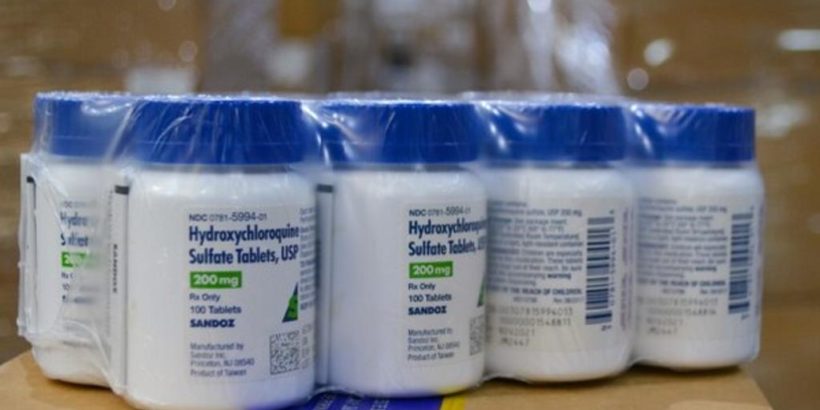 Used in the world for decades in the treatment of malaria, a month ago, the Caja Costarricense de Seguro Social (CCSS) decided to apply hydroxychloroquine to patients infected with the new coronavirus until a vaccine is available.

The medical director of the Caja, Mario Ruiz, as the director of Pharmacoepidemiology, Marjorie Obando Elizondo, the director of the Children’s Hospital, Olga Arguedas and the minister of Health, Daniel Salas, confirmed the use of the drug and the success in mitigating and containing the progression of the virus and also in reducing the number of patients who must be hospitalized in intensive care units.

“In Costa Rica we have been applying hydroxychloroquine since we had a meeting by teleconference with personnel in China who attended the emergency in the cities of Shanghai and Wuhan,” explained Ruiz.

That videoconference, offered by the Chinese Embassy in Costa Rica, ​​took place on the night of March 18. It included, among others, the director-general and the director of epidemiology of the Chinese Center for Disease Control and Prevention (briefly as China CDC).

“We decided to ask for help from those who have gone through this. The experts from Shanghai and Wuhan gave us recommendations for patient management. We were told that it is key that a mild or moderate patient does not become severe. They explained that they used hydroxychloroquine for this, but never azithromycin (an antibiotic for respiratory infections) due to the associated cardiac complications,” Ruiz said.

In the group of 88 patients recovered up to Friday, April 17, the use of this drug has allowed covid-19 control tests to be negative, he added.

Marjorie Obando confirmed that up to Thursday, April 16, hydroxychloroquine treatment had been given to 1,361 people, including cases suspected of being infected. Of these, 498 corresponded to confirmed patients.

“The prescription must be carried out as part of the medical record, individually for each patient, considering the benefit-risk ratio, pre-existing health conditions, medications they take and the possible drug interactions, that is why it is not given to all patients,” said the director of Pharmacoepidemiology.

Diseases like diabetes mellitus, hypertension, cancer, and asthma are not contraindications to giving treatment, she added. However, she warned, each case must be assessed individually.

Ruiz explained: “Hydroxychloroquine has specific specifications and doses. Thanks to the help that Chinese scientists gave us and a manual of therapeutic care, we are using this treatment at the established doses.”

The Minister of Health indicated that this drug “is the most widely used treatment to treat patients with malaria and is widely used throughout the world. In this sense, the complications that are seen are minimal if the doses that are already indicated are respected”.

The CCSS Director of Pharmacoepidemiology clarified that the approach with China has been important, but it is not the only source that they have turned to for the formulation and application of the covid-19 treatment protocols.

Every week, we review the available literature. We have done two protocol versions (of treatment for covid-19 positive patients), but we also understand that, in the current context of the pandemic, we will probably do a third or fourth version because this changes in real time.

“We receive the information from patients and their doctors, and through online communication with the Ministry of Health, we keep track of side effects. So far, those that have been reported are of the gastrointestinal type,” Obando reported.

“We are not adopting a protocol from another country just for the sake of it. We are responsible and we verify that what they present is true and convincing. Their experience is valid. The studies published are international, but on the other side, we have a life-threatening infection.

“Therefore, it is necessary to approach the patient with decisions based on the best scientific evidence that exists in a situation such as the current one in order to make a public health decision,” Obando said.

Avoid the ICU at all costs

Hydroxychloroquine and chloroquine are “first cousins,” explained Olga Arguedas, who is a specialist in immunology. Both drugs have chemical compositions and medical uses that are not exactly the same.

“They are old acquaintances. They are registered in Costa Rica and are produced locally. This was taken into account as an important point in the decision to give hydroxychloroquine as treatment. They are known because they have antiviral mechanisms. Hydroxychloroquine was used in Shanghai as the first line of treatment,” said Arguedas.

The specialist in immunology explained the drug has been used in Brazil and France and the Revista Panamericana de Salud Pública summarized all the treatments that are being published for covid-19. Those in more advanced stages (with more scientific information) are those where hydroxychloroquine has been used.

“We still cannot be sure because there is no scientific evidence. However, in the very particular case of Costa Rica, this could be one of the elements that is influencing the good results of the country so far,” added Arguedas.

She emphasized that the purpose pursued with the use of hydroxychloroquine is to mitigate the progression of the disease.

Contraindicated in patients with risk factors

Olga Arguedas explained that hydroxychloroquine cannot always be used in people who have a risk factor.

“It is contraindicated in those with liver disease or heart problems (arrhythmias or cardiac conduction disorders). It cannot be used in people who are alcoholic or have kidney failure. It must be administered with great care in patients who use concomitant medications, such as heart medications and others that lower defenses,” said the immunologist.

Regarding adverse effects, she said that among the most common are blurred vision, vomiting, and sometimes diarrhea and headache.

Infrequent effects include changes in blood count or allergies and a phenomenon that increases cardiac conduction intervals has been described.

Therefore, in those with arrhythmias, the prescription must be done under strict supervision.

“There are many studies that are running at an accelerated pace. The WHO (World Health Organization) is promoting the participation of countries in studies.

“In light of what there is, Costa Rica is looking for the best evidence to ensure the least toxicity to patients. They are all proven medications, we know how they behave and what to expect. That is the strategic point”, declared Marjorie Obando, director of Pharmacoepidemiology.

“This is the work of a whole team. It starts with early detection and continues with the measures that are being taken at all levels as part of a strategy that, for now, is paying off,” said Mario Ruiz.

The CCSS medical director is emphatic: no one should self-medicate with hydroxychloroquine because it is risky.

In the country, there are sufficient doses for now because, however, world demand is increasing, explained CCSS president, Roman Macaya, on Tuesday, April 14, when he received a donation of 108,000 tablets from the Swiss manufacturer Novartis.

“We want to thank the company for the donation of this product, which is highly demanded throughout the world and that Costa Rica has been included in the countries that receive this type of donation,” said Macaya.