An Empire Destined For Greatness Under A New World Order, Is Near Ruins 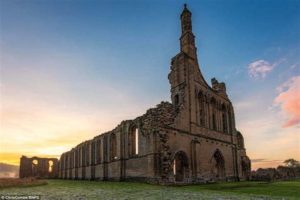 The Deep State’s entire empire is crumbling right before their very eyes. They thought Epstein was gone, and that Berman was a sure blockade on their behalf.

AG Bill Barr smelled a rat and asked Trump to remove Berman. Why? He was blocking cases such as: The Clinton Foundation, Epstein, Ukraine, etc.

The ‘moment’ Berman was removed, Ghislaine Maxwell was arrested. What scandalous information does Ghislaine Maxwell have on the DS, Hollywood actors, Royals, U.S. Political personalities, etc.? She has photos, video recordings , attendance documents, all stored away to use as leverage.  The White Hats have been tracking her for months. How many corrupt individuals have called Maxwell since Epstein’s death?

Connect the dots. Bill flew to Epstein Island 26 times. Ghislaine attended Chelsea Clinton’s wedding. When HRC was State Dept. Secretary in 2012, she hired inexperienced 25 year old, Alex Djerassi who was in charge of the Obama administration’s Libya and Syria policy.

Drug and human trafficking is being stopped by the Trump administration.  Access points have been dismantled in Haiti, Saudi Arabia, Syria, North Korea and now in Romania, three human trafficking rings have been taken out in 4 days. Once Maxwell produces all her original evidence, many people’s crimes will be exposed. The White Hats have it all!

FBI Director, Christopher Wray is saying nearly 1/2 of the FBI’s 5,000 active counter intelligence investigations are related to Chinese espionage. The FBI is now opening a new investigation every 10 hours. Infiltration from within…who are these infiltrators? Which U.S. governors, mayors and officials have been protected all these years? Could Maxwell also be the key to exposing these traitors, these haters of America? Connect the dots.

These people who hate America want our history erased, statues torn down, laws changed. If they’re in office, how will they govern with our country’s best interest if they hate it so much? They cannot. They are supposed to be the voice of the people, yet it appears they are only the voice of a few radicals.

Recently, Somali born Omar Ilhan, the congresswoman who married her brother, stated that the police departments need to be defunded and remove the oppressive economic and political systems. People can’t be allowed to prioritize profit without considering who is profiting. What is she saying? Is she trying to transform America by removing the U.S. Constitution?  May it never be! 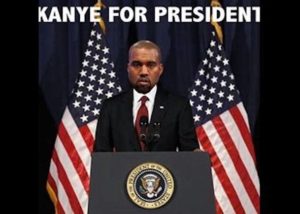 Kanye West was an outspoken Trump supporter, but now wants to run for president. Did he flip? Not necessarily. Look back at the democratic candidates. They ran, gained a following, dropped out, then endorsed a candidate. Is Kanye doing the same?

Kanye runs for president, drops truth bombs against the democrats to the black community, gains a following, drops out, then endorses Trump. Is it just a scheme or is Kanye really running for President?

When Trump withdrew from the WHO, Hillary tweeted, “This is the last thing we need…” Is she afraid of losing all of her power?  The people are seeing the light in the darkness.

The Silent Majority is not hateful, is not yelling and screaming in the streets, is not racist, is not divisive. Unity is our mission. Unity is our strength. 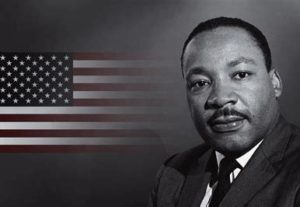