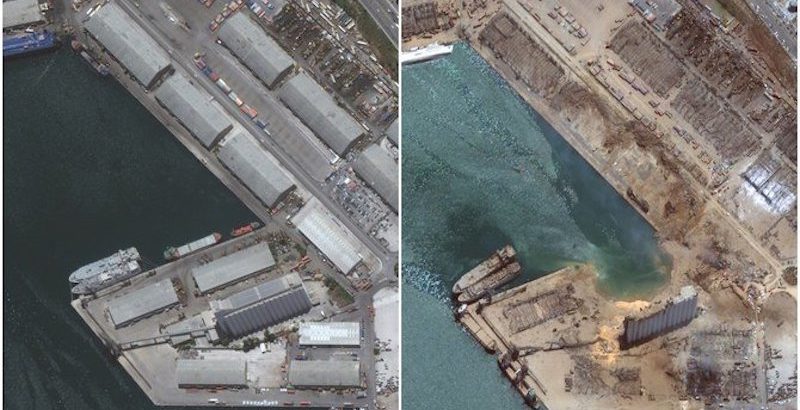 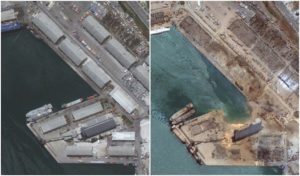 Lebanon’s prime minister said that 2,750 metric tons of ammonium nitrate, used in fertilizers and bombs, was stored at a port without safety measures before the deadly blast on Tuesday, which left scores of people dead and injured in Beirut.

Lebanese Prime Minister Hassan Diab said in a statement Tuesday that the chemical was stored at a portside warehouse for several years. The source of the explosion is not clear.

According to a report from LCBI, the ammonium nitrate was previously stored on a Moldovan-flagged ship called the Rhosus. It said it was owned by a Russian national.

Lebanese Interior Minister Mohammed Fahmi told local media outlets that the highly explosive material had been stored since 2014 after the ship was confiscated, according to Radio Free Europe.

Diab, meanwhile, said that the seized chemicals were being stored without any safety measures. Those who are responsible will be held accountable, he said.

Boris Prokoshev, who was the Rhosus’s captain at the time, told Radio Free Europe that the vessel had been owned by Russian businessman Igor Grechushkin in 2013. He added that the ship sank two to three years ago because of its age and lack of maintenance.

He added that Grechushkin, who reportedly lives in Cyprus, still owes thousands of dollars in unpaid wages to him and other crew members.

But Prokoshev said Lebanese authorities are also at fault. “They should have gotten get rid of the vessel right away instead of confiscating it and demanding fees for harboring it,” Prokoshev he told the website. “Secondly, we are talking about ammonium nitrate here. They could have used it for their [agricultural] fields. Nobody was claiming it, which means it belonged to nobody,” he added.

Tuesday’s explosion was the most powerful ever suffered by Beirut, a city still scarred by civil war three decades ago and reeling from a deep financial crisis rooted in decades of corruption and economic mismanagement.

The head of the Beirut port and the head of customs both said on Wednesday that several letters were sent to the judiciary asking for the dangerous material be removed, but no action was taken.

Port General Manager Hassan Koraytem told OTV the material had been put in a warehouse on a court order, adding that they knew then the material was dangerous but “not to this degree.”

“We requested that it be re-exported but that did not happen. We leave it to the experts and those concerned to determine why,” Badri Daher, director-general of Lebanese Customs, told broadcaster LBCI.