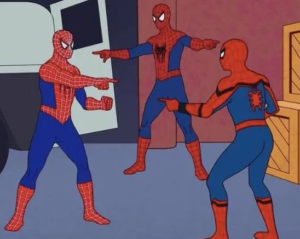 The big news of the day was the Congressional testimony of Sally Yates. My, my…is she an excellent dancer! (Anyone else having flashbacks of the “definition of “IS”, is” moments? Raise your flag if that’s a YES!) There was a lot of finger pointing going on, as no one from Obama’s Administration wants to be the last one left without a throne to sit on when the circus music ends.

Speaking of the circus clowns, General Flynn is still stuck in between the flaming rings at center.  Despite the facts that there is literally no prosecutor seeking any action, Judge Sullivan continues to insist he jump through a hoop! Unprecedented! It leaves a Patriot wondering, doesn’t it. Who, exactly, is this Judge’s “handler”? There’s a Ringmaster somewhere…holding a lighter and a torch!  All we need now are flying monkeys…and more popcorn!

Ukraine. Remember THAT? Where’s Hunter? Joe? Is Hunter living in your basement, too? It’s getting toasty hot for you who thought you were The Untouchables.  (C’mon, man! Wrong theater!)  The FBI has raided, and the PANIC button seems to be pushed!

Seth Rich. Julian Assange. The Hague. What’s the common denominator?  PAIN. The tie that binds is PAIN. Patriots have the Source, and that trap is going to hurt. Pass the [DS] bandages? Nah. Feels better to let it “breathe”….

RNC + Team Trump have joined the GOP in Nevada in filing suit against Dems that are monkeying around with voting rules, in their efforts to cheat by mail. I do believe this, too, shall fail! It’s all they’ve got at this point, so all assets are deployed! Trump is on a WINNING streak with the Courts! The Vegas odds-makers are likely having a field day with this one! 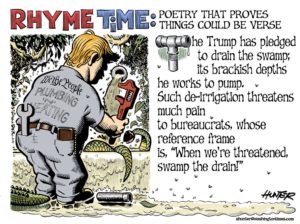 Trump’s Justice Dept issues 35 Million in grant money to Victims of Human Trafficking. This story is running parallel to Bill Clinton being directly named in the Epstein Island of trafficking horrors, yet the MSM won’t touch it with a 10 foot pole! I’d say “Unbelievable!”, but sadly it’s all too true. The MSM is beholden to their [DS] Puppet Masters, so no truth for you!

The Port in Beirut blew up. It happened to be Obama’s birthday. Coincidence? This Show certainly has it’s crazy plot twists and turns. (Prayers to lift up all victims of this horrific blast, please!)

Future Proves Past. Patriots Know the Playbook. The Silent Majority quietly awakens, while the Deep State and it’s Shadow President attempt to stay out of the Light! President Trump has been quoted as having used the term “breathtaking” with regard to BIG things coming…(where did that popcorn vendor go??) Those certainly feel like swamp-draining words to me. Something is coming, and it feels like it’s MORE PAIN for the self-proclaimed Kings, Queens, Prince and Princesses! Tarnished tiaras and all! When do you play the Trump Card???