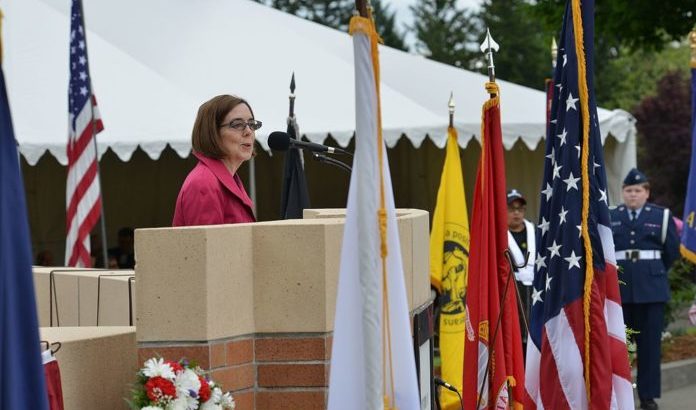 Via The Tea Party Daily

Oregon is one of the Democratic-controlled states that is suffering under the oppressive rule of the liberal Democrats. Their incisive pushing to keep people locked in their homes violates every freedom that being an American has.

Kate Brown is the Democratic oppressor in Oregon that has demanded that all people stay home for an extended period. She has personally angered thousands of business owners and residents of Oregon that they are protesting her abuse of powers.

The people of Oregon finally had enough and took the slick little devil to court. They asked a judge to grant an injunction to limit her executive powers regarding the coronavirus.

The Baker County Circuit Court Judge Matt Shirtcliff agreed with the people and restricted Brown’s authority regarding the coronavirus lockdowns. She exceeded her authority when she told churches and businesses that they could not open or hold services.

Brown was allowed by law to issue restrictions for 28 days. But her push went way beyond the 28-day time frame. And as a result, the judge put a stop to her dictator actions. The injunction keeps 10 orders from brown from affecting life in Oregon.

The stay at home orders is no longer enforceable. Brown picked a fight with the states and one church stood up to her. The Elkhorn Baptist Church of Baker City took her by the horns and put her to shame.

She was violating constitutional freedoms that Americans enjoy. Most Democrats do not want to let churches resume their worship services. They want to keep religion from being a part of everyday life. The underlying reason is that church doctrine goes against everything that being a Democrat stands for.

Brown had no authority beyond the time frame to keep people locked in their homes. Bill Harvey who is a chairman of the Baker County Board of Commissioners, also filed a nonparty participant lawsuit. He stated that “our emphasis was that she (Brown) overstepped her bounds.”

Brown insisted that her attorneys ask the judge to wait a day or two before letting the injunction take effect. She just wants to extend her powers as far as she can. But the judge told them that he would put the order into effect right away.

Brown has to be kept in check before she oversteps her power again. Democrats that have power will never give it up. They will only seek to add to their arsenal of weapons.

Brown is going to fight the order as she struggles to maintain her pointless power struggle. She stated in a frenzy that “This will ensure we can continue to safeguard the health of all Oregonians — including frontline health care workers, those living in nursing homes, workers in agriculture and food processing plants, and Oregonians with underlying health conditions –– while the legal process moves forward.”

Every Democrat will say that their orders are in the name of public safety. But their logic to the data does not add up. The time has already past for people to stay at home. It is now safe for them to go outside and be Americans again.

Her reasoning is flawed in so many ways. The issue is not about if they stay at home order is working or not. It is about her overstepping her powers. She should have worked with lawmakers before making her dictator orders law. There is no reason why anyone needs to be stuck at home any longer.

Every Democrat that fills a governor’s chair has been pushed back into a corner regarding their insistence for people to stay at home. There is no reason why people can get out of their homes and start to work again. The Democrats of the country are just scared. They fear the worst of a situation that will never happen.

The fact is that the Democrats do not believe the data that has come out of the White House. Their refusal to work with the president is seen in the way that they react to his leadership.

The shame of the moment falls on their heads as millions of Americans fight for their freedom to be Americans. In the end, it will be the reason why the Republicans will win so many elections around the country in November. 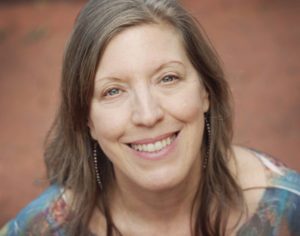 Wendy G Young (ArtAndTruth) is a Citizen Journalist for C-VINE News Network. A decades long artist and creative entrepreneur who seeks the truth about herself and the world and teaches people and organizations to do the same for themselves through her innovative work. She can be contacted at www.wendygyoung.com.