“You know, Martha, this may have been the craziest interview I’ve seen in my life.”  There seems like a lot of black helicopters flying around this guy’s world,” he said, “things that he can’t talk about…I think we should dig deeper on him”, says former Trump campaign manager Corey Lewandowski .

VIDEO: A sketchy, convoluted, somewhat questionable narrative – please watch!  See what you can make of it. 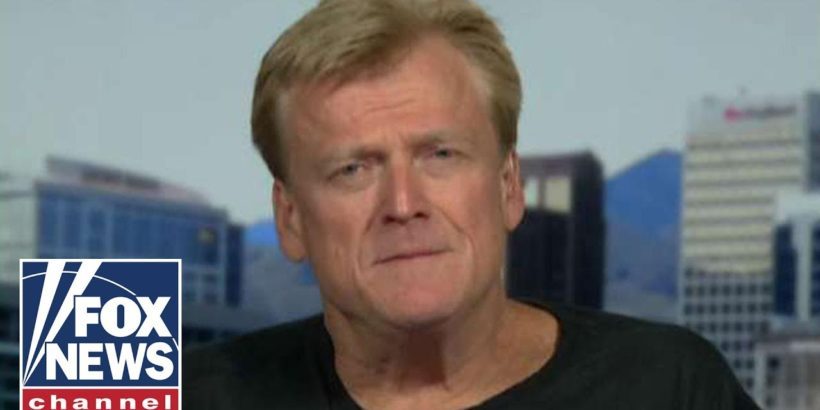 “You know, Martha, this may have been the craziest interview I’ve seen in my life.”

That’s what former Trump campaign manager Corey Lewandowski said Thursday to Martha MacCallum on her show THE STORY after a (yes) crazy and convoluted interview she’d just had with former Overstock.com founder Patrick Byrne. What Byrne told her about participating in, as he characterized it, political espionage may have turned the investigation of FBI spying during the 2016 election upside down.

On the other hand, it’s hard to know how seriously to take it. Lewandowski told Martha that as close as he was to Trump’s campaign, testifying before both the House and Senate as well as the Mueller team, he has never heard of Byrne. “There seems like a lot of black helicopters flying around this guy’s world,” he said, “things that he can’t talk about…I think we should dig deeper on him.”

With that in mind, on to the interview. This was an exclusive for Martha, obviously a hastily arranged segment, and she’s to be commended for trying to keep Byrne’s convoluted narrative on track. She asked all the right questions, but Byrne seemed intent on trying to condense everything that’s happened to him since the fall of 2015 into mere minutes, zipping forward and back in time, jumping from thought to thought, all the while steering clear of answering the most important questions.

Byrne had resigned that very day as CEO of Overstock.com, the company he built 20 years ago, claiming he had to do it for the good of the company because of his involvement now in this. He said he’s already provided documents to U.S. Attorney John Durham as part of the investigation into the origin of the “Trump/Russia” probe. “The bottom line is,” he said in a statement, “it’s a big cover up that was political espionage conducted against Hillary Clinton, Rubio, Cruz and Donald Trump…I was a part of it. I thought I was doing law enforcement. Sorry.”

Byrne reportedly told FOX Business News that “I have all the answers” and “Attorney General Barr is about to sneak up and ram the Deep State submarine.”

Remember Maria Butina, the Russian gun-rights activist who is currently serving 18 months in jail for acting as a Russian agent? Byrne said he had a romantic relationship with her; first in 2015 (she approached him, he claimed) but that he started the relationship up again at the FBI’s request in early July of 2016, just when Trump became the presumptive Republican nominee. The story of their relationship, as he told it to Martha, is sketchy, so for now I’ll focus not so much on that as on other aspects of Byrne’s dealings with the FBI.

Byrne described himself as a “flag-waving hippie” who had assisted the FBI a couple of times in the past, first to help solve the murder of his friend 17 years ago and then to “fight Wall Street” and “take down about a couple hundred people” about 12 years ago. He called it “an honor” to be asked to help. But in 2015, he said, the FBI got back in touch with him and gave him “some fishy orders.” He wouldn’t go into what they were, but he said he carried them out, thinking he was “conducting law enforcement.”

Whatever it was they asked him to do, Byrne said it wasn’t really the FBI running it, but people “at the top.” It wasn’t until last summer, he said, while he was watching the congressional hearings, that he realized the person who’d given him his orders must have been Peter Strzok, and that “Bill Priestap, Carlin, McCabe, Comey” were also involved.

He told Martha that for three years, he’d been watching the country being torn apart over “Russia,” and so he went to Warren Buffett (his “rabbi”) for advice. He said Buffett told him, “Patrick, you have to come forward.”

So he did, to confess that he was definitely involved in political espionage, and that it had been conducted against Hillary Clinton, Marco Rubio. Ted Cruz and Donald Trump. He said he had to wait “until there was a return to a rule of law in our country” –- a reference to the appointment of AG Barr –- and then he went to the DOJ.

We’ve heard from John Solomon that people have been coming out of the woodwork at the eleventh hour to talk with Barr, Durham and Horowitz; perhaps Byrne is one of those.

One of Byrne’s most stunning claims was that some in law enforcement were “setting [Hillary] up to be blackmailed.” He said he couldn’t go into detail about that. He also said acquaintances warned him last fall that if he came forward, the entire town of Washington D.C. would destroy him and turn him “into dust.”

The upper-echelon FBI were so adamantly pro-Hillary, it’s hard to imagine what Byrne was talking about. Why damage Hillary? Not that there wouldn’t be something to blackmail her with: something even worse than what we already know about her, though that would have to be pretty bad, heaven knows. But perhaps someone even higher up had wanted something to hold over her to control her in the Oval Office. I’m just trying to make sense of Byrne’s “blackmail” claim; this is pure speculation on my part.

Byrne said Betina told him she’d been given instructions (he wouldn’t say by whom, except that “it wasn’t by the men in suits here”) to approach the campaigns of Clinton, Cruz, Rubio and Trump. In December of 2015, she said she’d checked off meeting someone in Clinton’s “circle” and was moving on to just the other three. At that point, “the interest of the United States government in doing anything about this went to zero.” He would tell the FBI what she had on her calendar, and they just said for him to leave it alone.

He insisted that “the FBI got hijacked from the top.” Three names were mentioned to him by FBI officials. They were in the Obama administration, but he would not say if Obama was one of them. He stressed that the people at the FBI were “men and women of honor.” But if he’s including the likes of Strzok (an “errand boy”), Page and Comey in his glowing assessment, that makes it hard to take him seriously.

But it’s in Barr’s hands now, and Durham’s. Mostly this tells me there’s much more to this story than we know. More names will emerge, some we’ve never heard before. I think it was Solomon who said we know about 30 percent of the story right now. The biggest mystery surrounding this interview is why Byrne would’ve been given the green light by AG Barr to come forward at this particular time.

For now, it’s impossible to know what to make of this. But here’s a parting thought: Byrne said that in December of 2015 –- which, remember, is seven months before the official investigation started –- “it was starting to seem like they were just deliberately letting this grenade develop on the Republicans; are they just gonna pull the pin on it someday?”