Kevin Clinesmith Is Going To Sing … La La La Like a Bird! 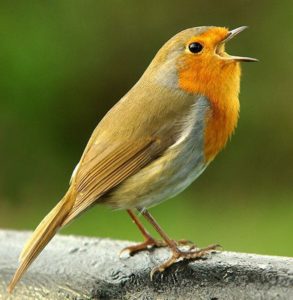 Fox News interviewed Devin Nunes who says there is hardcore evidence against the Deep State involving Obamagate. The DOJ is working on individual charges for their crimes. Get the popcorn ready… it’s gonna be good!

Nunes also noted that according to the Durham investigation, there have been 14 criminal referrals from this intense 3-1/2  year investigation. A year ago, there were 8 referrals, so in one year they have added 6 more criminal referrals to be investigated. Those who signed the FISA application were James Comey, Rod Rosenstein, Sally Yates and Andrew McCabe.

We have learned the FISA is the beginning of everything else. James Comey had received a direct letter from Carter Page stating Page worked for the CIA and was not a Russian spy. Nunes has a copy of this letter. Comey, Rosenstein, Yates and McCabe have been cornered.

Paul Sperry tweeted out the following: “When Clinesmith’s lawyer claims, “It was never his intent to mislead the court or his colleagues, as he believed the information he relayed was accurate, ” he is contradicting the court filing which states he “did knowingly” falsify document, “knowing” it contained false statements.

If Clinesmith knowingly knew, then Comey all the way up to Obama, knowingly knew! (18 U.S. Code Chapter 115 – Treason Sedition and Subversive Activities.) They will all be held accountable!

In the beginning, we were wondering how the Trump Administration was going to turn all this around for Mueller and use their lies against them. If they lied about those they were trying to incriminate, saying Flynn lied, then in reality, Flynn didn’t lie, but Mueller’s team did.

Trump has been preparing these arrests by positioning Federal Judges who uphold the law. As of now, he has secured 404 judges, replacing the corrupt ones with just ones. Corrupt judges, make up their own laws. Look at Judge Sullivan! He is not following the rule of law but is taking orders from Obama. With these new judges, we can now return to the rule of law. Law & Order!

George Soros’s Open Society was suing to enable it’s foreign entities to maintain policies that do not explicitly oppose prostitution, and sex trafficking while obtaining U.S. Government funds. This suit was taken to the Supreme Court and Judge Kavanaugh ruled foreign entities don’t have 1st Amendment rights (or any rights) in the U.S.

The fake news media is lying once again saying Trump doesn’t want mail in voting for the people yet he will use it for himself. No, he will use absentee voting. There is a vast difference between the two. With absentee ballots the registration process is secure, with mail-in voting, it is not.

The U.S. Constitution did not create the Post Office, and does not require Congress to fund it.  Article 1, Section 7 of the Constitution gives Congress the power to establish Post Office Boxes. It permits Congress to act if Congress chooses to do so. The  U.S.P.S. is an independent agency which has been exclusively funded since 1971 and therefore does not rely on Congress for funding. The Post Office may accept minor allocations for public service costs but for the most part, it funds itself.

There are lies circulating about the U.S.P.S. saying Trump doesn’t want mail-in voting so he’s having mailboxes removed. The truth is the boxes are old and are being replaced. Another lie suggests Fed Ex will handle mail-ins, but they cannot. State ballots must be postmarked in order to be valid. This plan from the D’s is failing.

People have swallowed the pill which says they should stay home and vote my mail so they don’t get sick. Yet, these same people showed up at the Post Master’s house to protest. They went out! Their hypocrisy its glaring!

One of the missions of the Deep State is to take weapons away from the people. In Philadelphia, gun violence has surged. Their city council voted to do home gun checks, encouraging residents to turn in their guns so they don’t get into the wrong hands. Really? Are people really that stupid? Most are not! People are awake now and when they hear stuff like this, those people sound crazy! How would turn in their firearm voiding any means of protecting themselves. 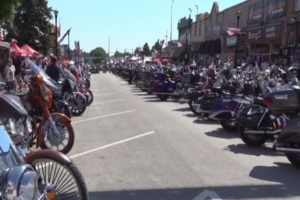 Every year, bikers from all over the country meet up in Sturgis, South Dakota for a rally and music festival where an average of 500,000 bikers attend. This year, they weren’t the only ones to attend… BLM showed up. As one of the bikers rode by, BLM kicked his bike and the bikers went after him.

Ironically, the police, who BLM wants to defund, had to protect him. Perhaps they should not have. Perhaps this may have been a good lesson in respect, law & order, and appreciation for our men and women in blue. The bullies have been allowed a free pass. Perhaps it’s time to stop.

ANTIFA has been destroying statues all over the country. They want history to be erased into the next generation or two. Trump decided to donate this quarter’s salary of $100,000 to repair and restore all of the statues which were damaged by BLM, ANTIFA, and the Deep State…always steps ahead of the DS.

The largest police union has endorsed President Trump. They know DeBlasio is not for them and they know Biden is against them. They have embraced Trump because he has come out publicly in favor of our police force. The Silent Majority has spoken once again!

Sadly, President Trump’s brother Robert, passed away. Usually, when there is a death no matter where you stand with each other, people will pay their respect in honor of the dead. Not for Trump. The Washington Post’s headline today read, “Robert Trump, younger brother of President Trump who filed lawsuit against nice, dies at 71. They wouldn’t even give him a break.

Al-Baghdadi was paid more respect from the WaPo when he died, calling him an austere religious scholar of the Islamic State. This is the same guy who tortured women and children, killed people for no reason and had sex slaves. Because of things like this, the Silent Majority is getting larger. People are beginning to see through the hypocrisy and are joining the majority. 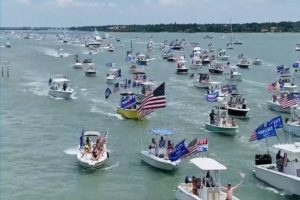 In Clearwater Florida, there was a rally on the water where a 1000 boats attended, flying their American and Trump 2020 flags in support of Trump and the 2020 election.

Everything the DS is doing is not working. Their plans have failed and they don’t know what to do next. People are understanding what is really going on and they have joined the Silent Majority. The noisy minority is dwindling.

FISA is the beginning of calamity for the DS. The individual that Trump retweeted is WYN1745. The picture of WYN is (CUE). Check out Post 1745.

Go back to the beginning. What did the DS charge Stone, Flynn, etc., with?  Lying. Guess what the Patriots will charge Comey, Strzok and everyone up to Obama with? Lying. The Patriots will use what the DS has done against them.

One group lied, the other didn’t. Who’s in control… The Patriots!