The Enemy Of The People Keeps Proving Their Allegiance

The news cycle is purposely being clogged by the DS so the public won’t know the truth. Back in February, 2020 they said the Dossier was real, and Christopher Steele was hailed a hero.  Through recent declassified memos, we now learn Christopher Steele had no evidence against Trump, he did not have European secret sources and he lied about the whole thing!

The media lied to the American people giving a false story about something that never happened. Will the media retract their gross inaccuracies of the Steele Dossier? If they do not, they prove to the world they are the enemy of the people.

A new George Floyd video has surfaced and people who have watched it believe the media had fanned a narrative which simply may not have existed. In recent leaked bodycam footage, it is clear George Floyd was under the influence and toxicology reports confirm his body had lethal amounts of fentanyl in his system.  Did he die from being pinned by Derek Chauvin’s knee or did he die from an overdose?

If they place an acting president in position, will it be Nancy Pelosi? Obviously the DS is far left-leaning, so we know it won’t be Pence. We know Biden is not competent. Is this why The New York Times is reporting we should scrap the Presidential Debates? 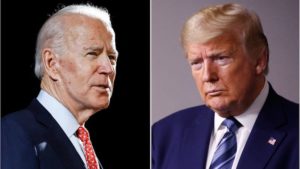 The DS is terrified of Biden’s mental issues being exposed. It’s unthinkable that the United States of America would not have a Presidential debate prior to an election, yet, the media’s narrative has begun!

How many people did Obama spy on back in 2016? We know there was President Trump, and General Flynn. Rand Paul sent out a tweet in May of 2017 formally requesting information from the White House asking whether or not he was spied on.  Who else? Ted Cruz. Q tells us there were more, many more! This cover-up is all coming out!

If we have followed the Epstein story even a little, we know Prince Andrew has been named as one of the perpetrators. In the beginning, Prince Andrew said he would cooperate fully with authorities. Since then, he has not but has still been under investigation.

Since he is a prince, wouldn’t there be strong security detail surrounding him, along with documentation stating his whereabouts on any given day or night? Investigators searched for the records, but found they had been destroyed. Don’t they realize when they destroy evidence, all guilty fingers point toward them?

Many of the people are going to hospitals to see if they are really crowded as the media says they are. The findings are they are mostly empty. Many nurses and staff were laid off, so now the hospitals cannot work at full capacity. When they say they are full, it’s simply because they are short-staffed.

Tom Fitton from Judicial Watch, tweeted the following, “We are told coronavirus is a public health emergency and yet emergency measures such as acting on acceptable observational studies and clinical observational support for Hydroxychloroquine to protect lives is forbidden?”  Let that sink in for a moment!

Once this fake pandemic is over with, and all is known that Fauci and others in government lied about the healing properties of HCQ, they’re going to be charged with murder! Class action lawsuits will go through the roof. Does he know this is coming? Last week, Fauci said we should wear goggles. Was this a signal to the DS that it’s time to launch the 2nd wave of a virus? Could it be chemical warfare this time?

Trump said in his recent press release, “My administration will be here for you, every single step of the way. We’ve done everything we can do and now we’re just waiting for the storm. And… it’s right behind me, it’s following me.”

Trump knows the playbook of the Deep State and is allowing all this to be seen. The storm is here. Masks, the shutdown, Governors who banned HCQ because of ‘hoarding,’ the rioting, Ghislaine Maxwell, everything is coming together. What must be exposed before election day?  The truth… for the whole world to see! WWG1WGA