The News Is Fake, The War Is Real 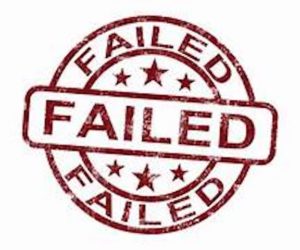 The people are speaking up. Their oppressor’s entire plan has failed. Tyranny has met its match. The Deep State’s attack has boomeranged.

The Flynn case has exposed the deep state/media. They have signatures on their memos which expose their crimes. Once the people fully understand the deception, game over. The hunters have fully become the hunted.

FISA applications were obtained illegally. They never thought they’d get caught. Their goal was to get rid of Trump, but it didn’t happen.

Q says, ‘7th floor is no more.’ 7th floor offices refer to FBI Leadership. Think of all the other things they did beyond Flynn. The sleepers are going to be shocked when they finally are awake. The DS did things to a general to get him fired. They illegally spied, they lied to judges. It’s all coming out.

The media is still trying to spin stories they don’t want to touch. Gen. Flynn being set up, Reade and Biden, etc. This will eventually destroy the media. Once exposed, trust is broken and people will look for another sources to get their news from. The news is fake, the war is real.

A massive story broke regarding criminality from the FBI. Not one of the five main media stations covered it. The Flynn case is the biggest fraudulent event in political history and the media ignored it. They truly are the enemy of the people.

Amazon’s CEO, Jeff Bezos lied when he was speaking to congress. Employees are now saying Bezos used data from the independent sellers to develop competing products, an allegation Amazon repeatedly denies.  Bezos is now being subpoenaed.

President Trump signed an executive order barring US purchases of certain foreign produced power equipment.  This move was meant to reduce national security risk to the electricity system.The order prohibits any bulk power system or anything that poses an unacceptable risk to national security.

Why did he do this? There may be certain ‘actors’ that got this equipment in? He wants to make sure our electrical grid stays strong.

Joe Biden was called the ‘Transition Candidate.’ Was this a slip up? Patriots have suspected for months that Joe will step down, activating the real candidates. Will they be Michelle and Hillary?

Obama trained ISIS. The Islamic State is the paid mercenary army of the CIA of the Obama administration. This is what they used in Syria. When Obama took control of the bombings from the military, they weren’t bombing the Islamic state they were bombing Assad’s Forces to allow the islamic state to gather more land.  Mark Levin said,  “The Muslim Brotherhood has infiltrated our government, it’s called Barack Obama.”

Candace Owens said something quite well.  “Things that were considered conspiracy theories just a month ago, are now verified facts.”  Once the people have facts, there’s nothing the DS can do, absolutely nothing.