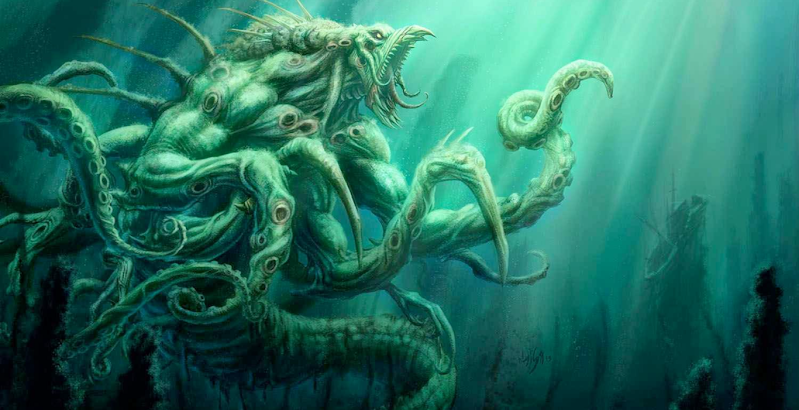 Are we going to find out Dominion Voting Systems and its Smartmatic software not only put Chavez and Madura in office, but Obama as well?

That’s why Obama and Hillary were so cocky of a win, and so shocked she lost to Trump in 2016 when Trump defeated the system. 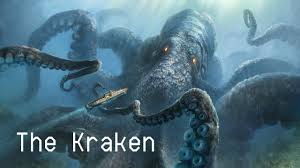 The Kraken is a Scandinavian Mythological Sea monster of tremendous size of strength said to exist off the coasts of Norway and Greenland. Its tentacles are large enough to be able to pull entire Ships under the Water and destroy cities with relative ease. The Creature possessed endurance to match its strength. 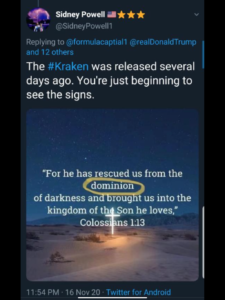 “The Kraken was released several days ago.  You’re just beginning to see the signs.”

“For He has rescued us from the dominion of darkness and brought us into the kingdom of the Son He loves.”   Colossians 1:13

BTW:  Why does Sidney Powell, James O’Keefe, Tom Fitton and others, have to do the job of our FBI and DOJ?

Take a look at the Gematria de-codes below!  ↓ 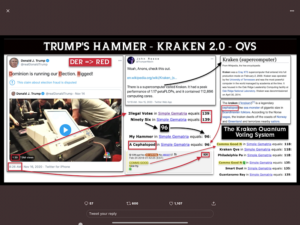 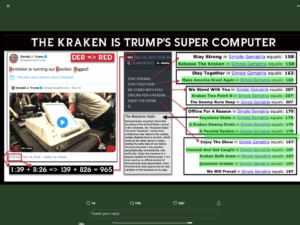