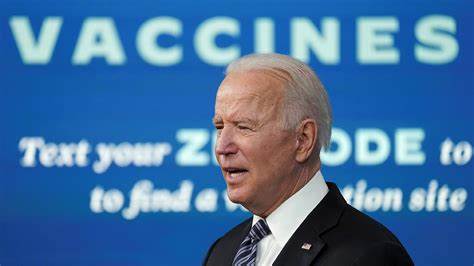 President Joe Biden’s administration has ordered 14 additional states to stop using a COVID-19 treatment made by GlaxoSmithKline and Vir Biotechnology.

The Department of Health and Human Services (HHS) said March 30 it has paused shipments of the drug, sotrovimab, to the states, bringing the total number of states that are no longer receiving doses to 22.

The states are Illinois, Indiana, Michigan, Minnesota, Ohio, and Wisconsin in the midwest; Arizona, California, Idaho, Oregon, and Washington state in the west; and Alaska and Hawaii.

The U.S. government purchased millions of doses in 2021 and January and distributed them weekly to states to provide to health care facilities.

Sotrovimab, a monoclonal antibody, was granted emergency use authorization for treating patients with mild-to-moderate COVID-19 who are designated as high-risk for progressing to severe cases.

But emerging data suggest the drug does not work against BA.2, a subvariant of the Omicron virus variant, U.S. regulators say.

The shipments were halted due to the ruling, which came from the U.S. Food and Drug Administration (FDA).

The FDA decided that any region where BA.2 is pegged as causing a majority of COVID-19 cases can no longer administer sotrovimab.

According to federal data, the number of such regions is growing as BA.2 displaces other strains of the CCP (Chinese Communist Party) virus, also known as SARS-CoV.2.

Collectively, the states and territories that can no longer administer the treatment, and to which shipments are paused, make up five regions. HHS has divided the United States into 10 regions.

Testing indicates that other COVID-19 treatments retain some benefit against BA.2, including Pfizer’s Paxlovid pill.

Bebtelovimab, another monoclonal that’s produced by Eli Lilly, also appears to work against the subvariant.

Glaxo and Vir said in a recent joint statement that they were aware of the FDA’s actions.

“GSK and Vir are preparing a package of data in support of a higher dose of sotrovimab for the Omicron BA.2 subvariant and will be sharing these data with regulatory and health authorities around the world for discussion,” they said.

The COVID-19 Treatment Guidelines Panel, meanwhile, said that it is no longer recommending the monoclonal for treatment in any region due to the FDA’s updates and “the increasing prevalence of the BA.2 subvariant across all regions.”

The panel, convened by the National Institutes of Health to recommend treatments for the disease,  advises administration of paxlovid and Gilead Sciences’ remdesivir. In situations where neither are available, alternative therapies include bebtelovimab and Merck’s pill molnupiravir.